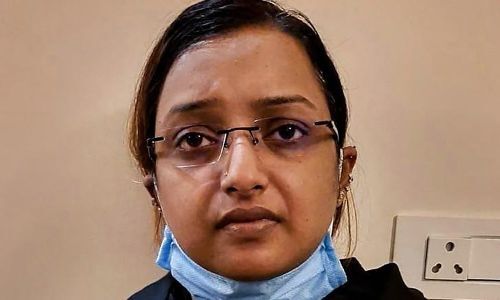 Suresh, who has been behind the bars since June 2020, was granted relief on a bail bond of ₹25 lakh and two solvent sureties. She was earlier granted bail in the cases filed by the Customs Department and Enforcement Directorate (ED).

The court observed that there is no prima facie evidence supporting NIA’s claim that gold smuggling was carried out to aid terrorist activities and thus it would not attract punishment under UAPA.

In effect, the high court agreed to the contention raised by the defence lawyers that the alleged offence is nothing more than a smuggling activity which does not have any connection with terrorism.

The judgment is a setback to NIA which has been widely criticised in this case for allegedly playing to the tunes of the BJP.

The division bench comprising Justices K Vinod Chandran and C Jayachandran observed that “interpolating” the narration of facts and allegations in the charge sheet with the words “damage to economic security and stability of the country and terrorist activities” will not be sufficient to attract the relevant sections of UAPA.

“There is nothing prima facie to find the accused having indulged in such activities as defined under section 15 of the UAPA.  We have looked at the witness schedule and conspectus of the intention behind proffering them as witnesses from the charge-sheet, which again does not reveal any terrorist act as defined under S.15 of the UAPA,” stated the judgement copy.

NIA in the FIR had alleged that Swapna Suresh along with the other accused smuggled gold into the country with an intention to destabilise the economic security of the country and to raise funds for terrorist activity.

The court said relevant sections of UAPA could be attracted only if there is evidence to show that “counterfeiting of high quality currency” has been carried out with an intention to threaten the economic security of the country.

“It is only a Customs offence, at the worst. And for the Customs offence, the petitioners have already been granted bail,” Suresh’s lawyer told media, adding that there was no legal evidence of an “expert witness” that smuggling would lead to the destruction of economic stability under UAPA.

Swapna Suresh would be freed from jail as she has already received bail in all other cases registered by Customs and Enforcement Directorate.

Recently, the high court quashed the preventive custody imposed on her under COFEPOSA (Conservation of Foreign Exchange and Prevention of Smuggling Activities).

Five central agencies are investigating the high-profile smuggling case, after 30 kg gold was seized by the authorities in Thiruvananthapuram, which had reached the UAE consulate as “diplomatic consignment”.

The case that created a storm in Kerala last year gradually faded out as none of the investigating agencies could find anything connecting the government and the ruling party with smuggling.

Initially, BJP chief K Surendran raised the allegation that a call from Chief Minister Pinarayi Vijayan’s office was made to the Customs department to protect the accused. However, neither Customs nor the enforcement directorate could gather any evidence for the same.

Last week, the Customs submitted the charge sheet exposing the involvement of the Consular General of UAE in the smuggling activities conducted since 2019 November.

“NIA has actually failed in bringing up any terrorist angle to the whole story,” said VT Reghunath, a retired sessions judge and a defence lawyer in the NIA court.

Reghunath told The Federal that the observation made by the high court that the case does not prima facie attract UAPA itself questions the very role of NIA in the case.

(With inputs from Shahina KK)