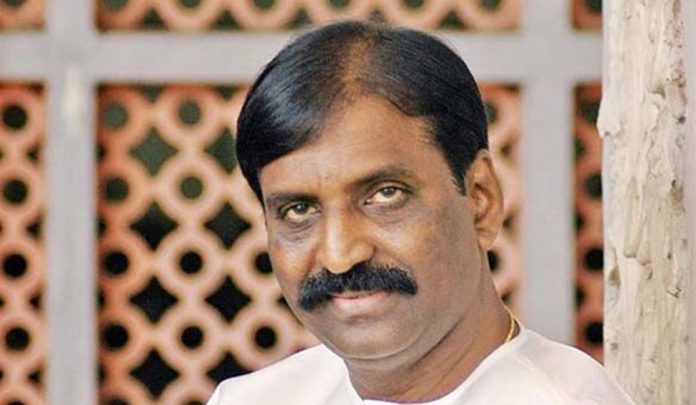 The ONV Cultural Academy in Thiruvananthapuram, Kerala, has decided to reexamine its decision to present Vairamuthu with this year’s ONV Literary Award. The announcement, made by the chairman of the academy, director Adoor Goaplakrishan on Friday (May 28), came after cinema personalities criticised the decision to honour the Tamil poet-lyricist, who was accused of sexual harassment by multiple women in 2018 at the height of India’s #MeToo movement.

The award, constituted in memory of poet and lyricist ONV Kurup, is given to poets from Malayalam and other Indian languages and comprises a cash prize of ₹300,000 and a citation.

Vairamuthu was selected by a jury that included Malayalam University vice-chancellor Anil Vallathol and poets Alankode Leelakrishnan and Prabha Varma. They chose him for his “mellifluous language, original images and philosophical insights”.

Parvathy took to Instagram to convey her dismay. Pointing out that 17 women had accused Vairamuthu of harassment, she wrote, “There seems to be enough whataboutery to continue wronging those who are wronged. Only to uphold the reputation of those in power.”

“I can live without the art of those who hollow out lives with absolute impunity,” she said.

Parvathy further said ONV was Kerala’s “pride, his contribution as a lyricist and poet is incomparable”. “Our hearts and mind have benefited through his body of work…this is exactly why it is immense disrespect to give such an honour in his name to the accused of sexual assault crimes.”

TM Krishna tweeted: “This is how our society validates and gives more strength to someone who has been called out by several women as a sexual predator. Utterly Shameful!”