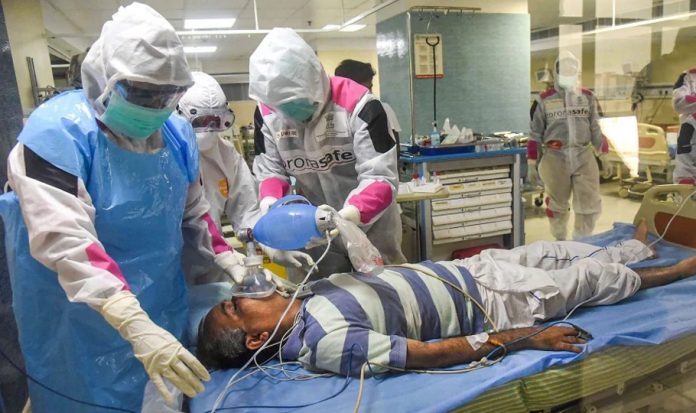 The decline in the number of active cases in Kerala is the result of a drop in COVID-19 testing due to Onam, said experts

Kerala recorded just 3 per cent cases of ‘breakthrough infection’ between June and August, said a highly placed source in the state health department.

When people get infected by the coronavirus even after vaccination, these cases are known as ‘breakthrough infections’ since the virus has broken through the COVID vaccine’s protective barrier. Senior scientists have pointed out that such infections have emerged because the vaccines in use today are currently ‘disease-modifying’ vaccines and not ‘infection-preventing’ vaccines.

WHO guidelines, however, state that a person who gets infected with the COVID virus two weeks after the second dose of vaccination is said to have the breakthrough infection.

As on August 23, the state health department said that 34,535 people in Kerala had got re-infected after two doses of vaccination. Compared to other districts, Idukki, the hilly terrain of Kerala had the highest rate of infected people at 8.67 per cent.

Out of the 2,34,360 people in Idukki district who were completely vaccinated, 2,354 developed the breakthrough infection, as on August 23. Palakkad district recorded the second highest at 7.05 per cent.

The low rate of breakthrough infection corroborates the effectiveness of vaccination, said experts. “According to universally accepted standards, the effectiveness of vaccination ranges between 60 to 80 per cent. Considering this, 3 per cent cases of breakthrough infection is not a cause to worry,” said Dr. K.P. Aravindan, one of the members of the expert committee for COVID management.

The effectiveness of the vaccine has to be measured by the rate of hospitalisation and occurrence of severity, asserted Dr. Aravindan, going on to quoted a Canadian study to substantiate his statement.

The experts believed that vaccination on a war footing is the only way out as far as Kerala is concerned. While the Centre said that they do not have the data on breakthrough infections, the data recorded by Kerala showed that the effectiveness of vaccination is impressively high.

“This is a worrying fact, the government has asked experts to conduct a study on this,” revealed a health official who prefers to remain anonymous.

Moreover, the health department said that 35 per cent of cases got infected from their own family members. If one person in a family is infected, the chances of everyone else getting infection are very high.

According to Health Minister Veena George, this also indicated that home quarantine was not being practised effectively. There were domiciliary care centres for those who do not have the facility for home quarantine, said the health minister, appealing to people to make use of such facilities provided by the government.

There are 686 domiciliary care centres and 68.6 per cent of the beds remain vacant. 63.2 per cent of the total bed capacity in COVID First Line Treatment Centres also remain empty.

Meanwhile, the change in the percentage of active cases has shown a decline from August 18 to August 23. During this period, all the districts, except Kollam, have showed a declining trend in the active number of cases. (Kollam district has ended up recording a growth of 3.62 per cent in the number of active cases).

However, despite the slide, the test positivity rate of Kerala is apparently high. Does this decline in the change of number of the active cases means that Keralites can finally relax?
Kerala Breakthrough Infection (map)

It does not. The drop in active cases is the result of a drop in COVID-19 testing, affirmed experts. The daily number of tests for COVID fell sharply during the week of Onam.

“Active cases must decrease; implying that fewer cases are being added as well as people are recovering. But if simultaneously testing also goes down at a faster rate than the rate at which cases are added, then the test positivity can increase,” pointed out Dr Gautam Menon, Professor at Ashoka University, New Delhi.