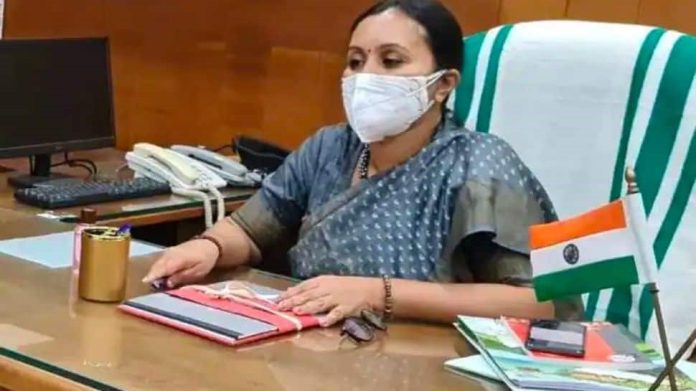 Kerala has accused the Centre of ‘using COVID as a political tool’ amid allegations levelled by the Union health ministry that Kerala is not sending them daily COVID data.

The Union health ministry, on April 18, wrote a letter to the Kerala government slamming them for sending state-level COVID data after a gap of five days and how this was “skewing” overall COVID data in the country.

However, in an exclusive conversation with The Federal, Kerala’s Health Minister Veena George asserted that “Kerala is the only state in the country that produces the most transparent COVID-19 data”.

“Kerala has not stopped giving the daily count of COVID cases to the Centre in the prescribed format. We have also not stopped sending samples for genomic surveillance and we send large volumes of data for the same. Neither have we stopped regular and district- wise analysis of new COVID cases,” said the minister, adding that Kerala had only discontinued releasing daily COVID numbers in the public domain.

“The Centre was using COVID as a political tool to hit out at the state,” she alleged, referring to the letter that the Centre sent to Kerala.

George, however, justified the government’s decision of not putting out the daily data updates in the public domain. She argued that since the daily count of COVID deaths had fallen sharply, COVID had almost become an ordinary communicable disease. “We are not updating the number of other communicable diseases on a daily basis,” said the minister.

Also read: Veena George likely to be next health minister of Kerala: Reports

However, health experts in Kerala, disagree with the state government’s decision on daily COVID data.

Health experts argued that COVID has not yet been formally declared as endemic and questioned how a state can make their own rules when the entire country is governed by the ICMR guidelines? George, however denied that the state has not violated any of the rules set by the ICMR. “We collect the data every day and hand it over to the Centre. We follow all the guidelines set by the Centre,” she added.

Further, she said that “the government will resume the daily updating of the data if there is a sign of escalation of COVID cases again”.

The members of Kerala’s expert committee on COVID-19 too are at loggerheads with the state government on this issue. The committee members told The Federal that the decisions were being taken at the bureaucratic level and they were not consulted on such matters.

“Independent researchers and media persons might need data for academic purposes,” he told The Federal.

However, Dr Aneesh concurred with the health minister’s view that COVID data has been used as a political tool by the Centre. According to Dr Aneesh, there has been a deliberate effort to discredit Kerala’s achievements in handling the pandemic.

“In fact, the first three sero surveillance studies showed that the COVID spread was found to be the lowest in Kerala. In a recent study on excess deaths by The Lancet, it is found that Kerala has the lowest number of excess deaths during 2021,” he pointed out.

According to a study by The Lancet published in March 2022 on the ‘All-cause mortality during the pandemic period’ between June 2020 and June 2021, India had the highest number of cumulative excess deaths (4.07 million). (According to the World Health Organisation calculations, in India, 4 million people have died, which is almost eight times the official figure of 520,000. A claim that India has strongly refuted)

Kerala was the lowest next to Goa which recorded the least number of excess deaths during the period under study. The ratio between excess mortality rate and reported COVID mortality rate is 1.96 in Kerala and 0.96 in Goa.