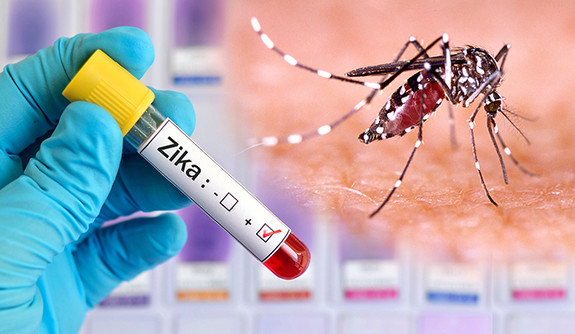 The Centre has sent a six-member team to Kerala to monitor the Zika virus situation in the state, a health ministry official said on Friday.

The state reported 14 cases of Zika on Friday. Among the infected was a 24-year-old pregnant woman who was diagnosed with the mosquito-transmitted disease on Thursday.

People infected with Zika virus display symptoms similar to those with dengue, including fever, rashes and joint pain.

Kerala Health Minister Veena George said an action plan has been drawn up to control the spread of Zika. Pregnant women should get themselves tested if they have fever, the minister said at a meeting of district medical officers.

“The disease was reported in a 24-year-old pregnant woman from Parassala who was undergoing treatment at a private hospital in Thiruvananthapuram. On June 28, the woman was admitted to the hospital with fever, headache and red spots. Her samples showed that she contracted Zika virus. Samples have been sent to the National Institute of Virology, Pune, for confirmation,” the minister said.

The woman, who gave birth normally on July 7, did not travel outside Kerala but her home is near the border with Tamil Nadu.

Meanwhile, the health ministry said Kerala and Maharashtra have more than half of the country’s total COVID-19 cases.

The ministry said that 14 districts in Kerala and 15 in Maharashtra are of concern.