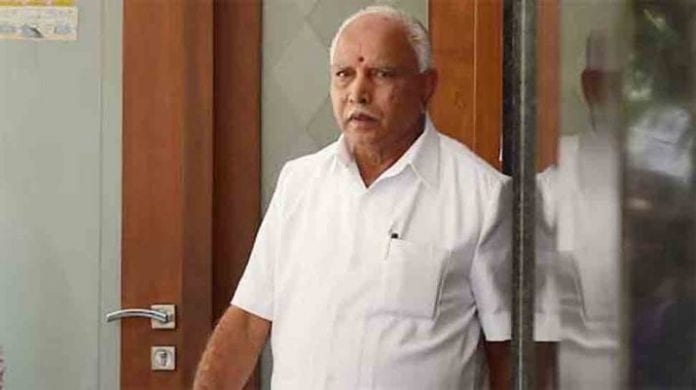 BJP Karnataka strongman BS Yediyurappa on Thursday dismissed reports he is being neglected in the party and said he has his own strength and no one can finish him off politically.

“There is no truth in the statement that I am being neglected. I am attending all the programmes,” Yediyurappa told reporters in Bengaluru before leaving for the district headquarters town of Koppal, where the party’s national president J P Nadda participated in a programme also attended by Bommai.

According to sources close to him, Yediyurappa had initially decided not to attend the Koppal event.

On Thursday morning, he said he would participate in the programme. He said there is no need for people to invite him as it is his duty to attend party programmes.

Asked if he was not willing to go there because he got an invitation at the last minute, Yediyurappa said, “There is no truth in it. I was not in a position yesterday to go there. Because there was a pressure to attend the event, I decided to participate”.

When asked whether there was any attempt to finish him off politically, the party veteran said, “There is no truth in it. No one can finish off anyone. I have my own strength. I have strengthened the party and toiled to bring BJP to power. The entire state knows this.”

He said everyone knows that he was among the important people who worked for the BJP day and night. Hence, there is no meaning in talks that he was being neglected.

Speaking to reporters in Koppal, Yediyurappa said the BJP, under the leadership of Prime Minister Narendra Modi and Home Minister Amit Shah, will come back to power with 140 seats in Karnataka.

“The BJP is one and united. Our party will come to power. So we need peoples blessings,” the former Chief Minister said.

He also ruled out the possibility of becoming Chief Minister again.

“I dont have ambition for power. I have just one desire to bring the BJP to power again for which we all are working together,” Yediyurappa said.

Regarding his son B Y Vijayendra’s electoral debut in the next Assembly elections,

Yediyurappa said, “I have told Vijayendra to contest from Shikaripura. He will contest from the place decided by the party. The BJPs decision will be final.”

Bommai ruled out any differences between him and Yediyurappa.

“It’s all a lie. He (Yediyurappa) is our supreme leader. We are doing all our activities keeping him at the forefront. We have his blessings,” the Chief Minister said.

Bommai said there cannot be any differences between him and Yediyurappa saying that those speculating such things will be disappointed.

“Mine is son and father relationship (with Yediyurappa). Hence, it (differences) will never happen on any occasion for whatsoever reason. Those who are expecting it will be disappointed,” he said.