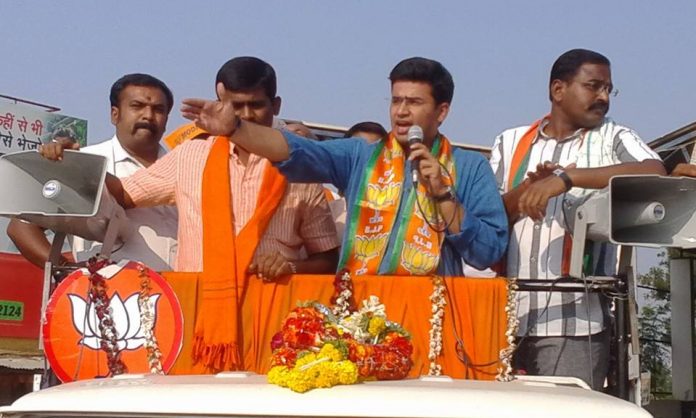 BJP’s youngest Lok Sabha candidate from Bengaluru South Tejasvi Surya landed into controversy on Wednesday after a woman accused him of “abuse” in comments she made on Twitter. Even though the accuser seems to have deleted the comments against Surya, the Karnataka Congress attacked him, citing her allegations, and questioned the saffron party.

“Is Tejasvi Surya another MJ Akbar in the making? Dear BJP, Tejasvi Surya seems to be a great choice. Bangalore South will remember. #MeToo,” the Karnataka Congress tweeted.

The party also shared screenshots of the woman’s comments along with its tweet. From the screenshots, it appears she was replying to those tweeting in support of Surya. The woman claimed to have “suffered” at his hands for five years until she “decided to make it stop by taking serious measures”. “My love was blind and believe me I’m not his first victim or will be the last. Not every Hindu is dharmic in true sense,” she said, questioning why the BJP had not done a background check before giving him the ticket.

In a surprise move, the BJP on Tuesday fielded party’s youth wing leader Tejaswi Surya from its bastion of Bangalore South from where the widow of Union minister Ananth Kumar, a six-time MP from this prestigious Lok Sabha constituency, was denied the ticket.

The 28-year-old lawyer and vice-president of the Karnataka BJP Yuva Morcha, Tejasvi Surya, is known for his aggressive brand of Hindu nationalist politics on social media. Tejasvi will contest against Congress’s BK Hariprasad in Bangalore South.

Whole nation should get COVID vaccine for free, says Kejriwal