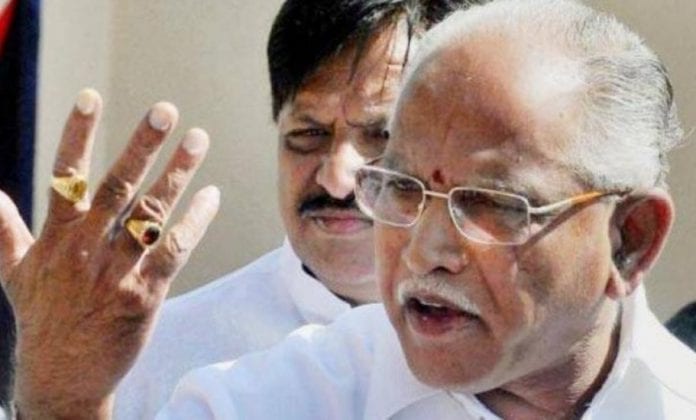 The Congress won six of the 10 urban local bodies in Karnataka that went to the polls on April 27. The party made inroads into the BJP and JD-S stronghold and decimated the ruling party led by BS Yediyurappa. JD-S won two seats, BJP one and in one seat no party had a majority.

In a major setback to the chief minister and Rural Development and Panchayat Raj Minister, KS Eshwarappa, the Congress defeated them in their home districts, winning Bhadravati and Thirthahalli.

The BJP’s performance was below par compared to the JD-S and Congress in Bhadravati. The Congress won 18 of the 34 seats. It won a seat after 25 years. And in Thirthahalli Town Panchayat, the Congress won in nine wards, while the BJP managed to win in six.

The Congress also defeated the JD-S in Beluru City Council in Hassan, besides winning in Ramanagara, both considered to be JD-S strongholds. Ramanagara is the pocket borough of former chief minister and JD-S leader HD Kumaraswamy while his HD Revanna has a hold in Beluru.

The elections, held in the midst of a raging pandemic, reflected the current mood of the people. Strong anti-BJP sentiments over mismanagement of the COVID-19 crisis played out in the elections with the party losing some of its core segments.

The Congress trounced the BJP by winning 120 out of the 263 wards in 10 local bodies across eight districts. However, the party leaders issued directions to cadres not to celebrate amid the ongoing crisis and requested them to help people in a time of national emergency.

“I request Karnataka Congress party workers and leaders not to celebrate in any way and continue assisting people the best they can in this national health emergency,” party chief DK Shivakumar said.

Former chief minister Siddaramaiah sent a similar message to party cadres but also said people had lost confidence in the BJP. “The government is playing with people’s lives. Thus people taught them a lesson,” he said.

The party is now preparing ground for the 2024 state elections and also for the MLC elections, where a third of the seats will go for polls in early 2022.

KPCC president DK Shivakumar wrote to all district unit presidents to seek applications from aspirants who wish to contest the MLC election for Teachers and Graduates constituencies, by May 15, 2021. The seats are largely held by the BJP and JD-S. With the Congress already launching ‘Mission Congress 2024’, the party hopes the victory will boost the confidence of the workers.