The Comptroller and Auditor General of India has made some glaring observations in its report on public sector undertakings in Karnataka, pointing out the mounting losses, lack of transparency in maintaining account books, delay in projects and building excess capacity, diversion of corporate social responsibility (CSR) funds and negative return on investments.

The audit report for the year ending March 2019 was tabled in the Karnataka Assembly last week found many lapses in the functioning of PSUs across domains.

The CAG noted that the delay in finalisation of accounts could result in the risk of fraud and leakage of public money apart from violation of provisions of the relevant statutes. Besides, the government is yet to take a call on the closure of the non-working PSUs amid mounting losses. 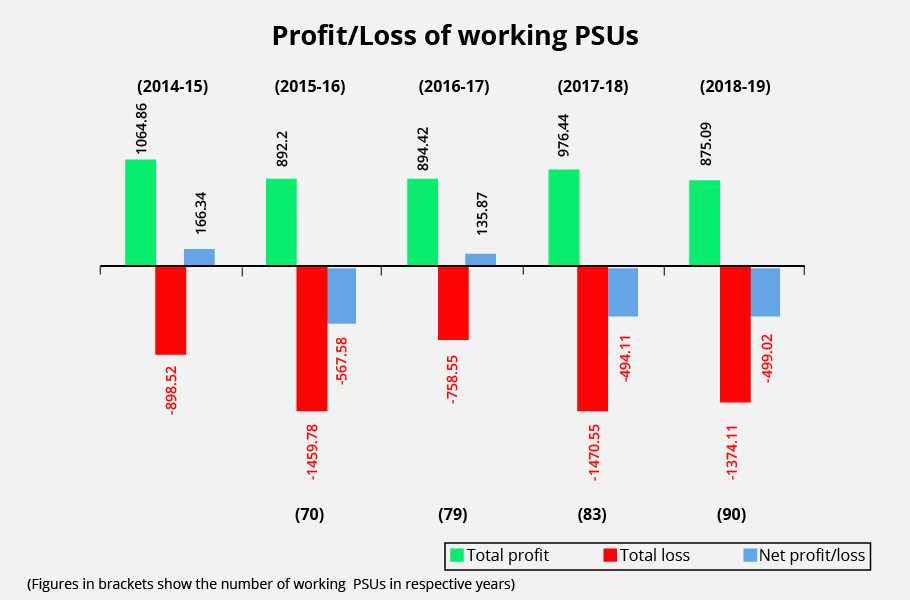 The CAG noted that some of the PSUs incurred losses under a competitive environment with firms failing to generate enough revenue to meet its operating expenditure despite the state government infusing funds to meet their capital and administrative expenditure.

“As on 31 March 2019, there was an excess transmission capacity of 5,230 MVA involving the capital cost of ₹3,870 crore, which was an avoidable burden placed on consumers…,” the report said. The cost incurred on the creation of such excess capacity were factored into transmission tariffs.

Contrary to the successive governments claiming they’ve smoothened the projects approval process, the CAG report noted the process of approval of designs of substations took five to 13 months (from date of issue of Letters of Intent), thereby delaying the commencement of works and increasing the project costs.

The auditors also observed lapses in five of the six projects implemented through the World Bank Co-financing model through public-private partnership (PPP) model. As the budgetary support from the State and the Centre was insufficient for development works, the projects were co-financed by the World Bank.

The CAG noted that the land acquisition process was delayed and the approvals were in deviation from the decision taken in respect of Karnataka State Highways Improvement Project (KSHIP).

With respect to CSR funds, it observed money was paid to ineligible projects and excess money remitted in some cases without a monitoring process put in place.

While the road transport corporations are suffering losses, with the government even unable to pay the salaries of employees, the CAG report found several lapses with the expenditure on public utilities as well.

The state also burdened travellers without completing the toll-roads and yet collecting toll fees in two projects implemented in Bengaluru and Dharwad. Further, 87 per cent of bus stations (among the sample taken) were not monitored by CCTV cameras, the report said.

While the state government in the Assembly promised to address these concern, over the last years it also took efforts to recognise and motivate the best performing enterprises.

From 2019-20 onwards, the government constituted annual Chief Minister’s Ratna Award to honour the best performing PSU. The Department of Public Enterprises was asked to carry out evaluation studies for assessing their performance, development, and overall progress.