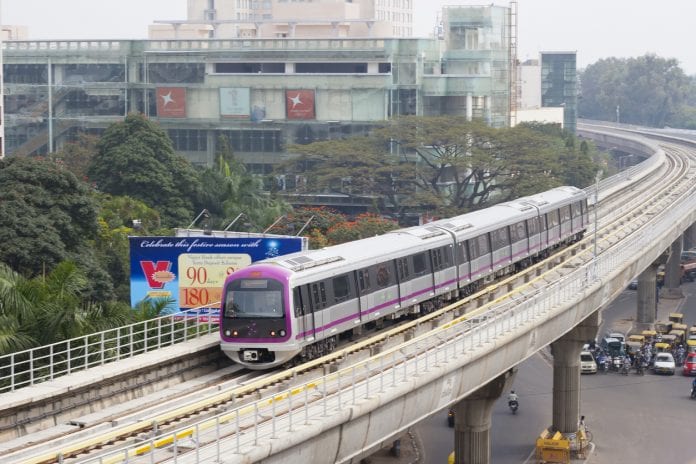 No sooner than Bangalore Metro Rail Corporation Ltd (BMRCL) authorities stopped a person from carrying fish on Friday (February 14), despite it being sealed and packed, the commuter took to twitter to seek answers from them.

The BMRCL officials clarified saying all kinds of meat are prohibited from being carried in the Bengaluru Metro. They added if it’s properly packed and nothing is oozing out from the pack and if the material does not emit any foul smell, then it is permitted.

Meat ( all kind ) is prohibited to carry in Namma Metro.
How ever if it's properly packed n nothing is oozing out from the pack / material n not emitting any foul smell, it is permitted. https://t.co/EcB8CF84SK pic.twitter.com/44UP7BLbuy

While the Metro officials tweeted a two-page list (a document signed by the chief security officer) of prohibited items that were not allowed to be carried in the Metro train, it categorised unsealed raw meat/fish under the banned items list.

“I bought fish and was going back home. But was stopped in metro entrance, why is non veg food banned in metro? What’s so wrong about carrying fish back home in metro? I was never this embarrassed, it’s a non-religious place, why this partiality?,” the user had tweeted.

While some see it as discriminatory in nature, the rule seems arbitrary as it’s not the same across different metros in the country. Besides, the Metro Railways Carriage and Ticket Rules, 2014, framed under the Metro Railways Act, 2002, does not ban carrying meat (whether packed, sealed or unsealed).

For instance, while the Bengaluru Metro staff stopped an individual from carrying fish, the rule is not applicable in Hyderabad or Kolkata. While carrying liquor is not permitted across all Metros, meat was never in contention.

When asked, (BMRCL) Chief Public Relation Officer BL Yashwant Chauhan said they were not targeting a specific set of people depending on their food habits, but it was just in the interest of some passengers who might find it inconvenient with the smell of certain meat. 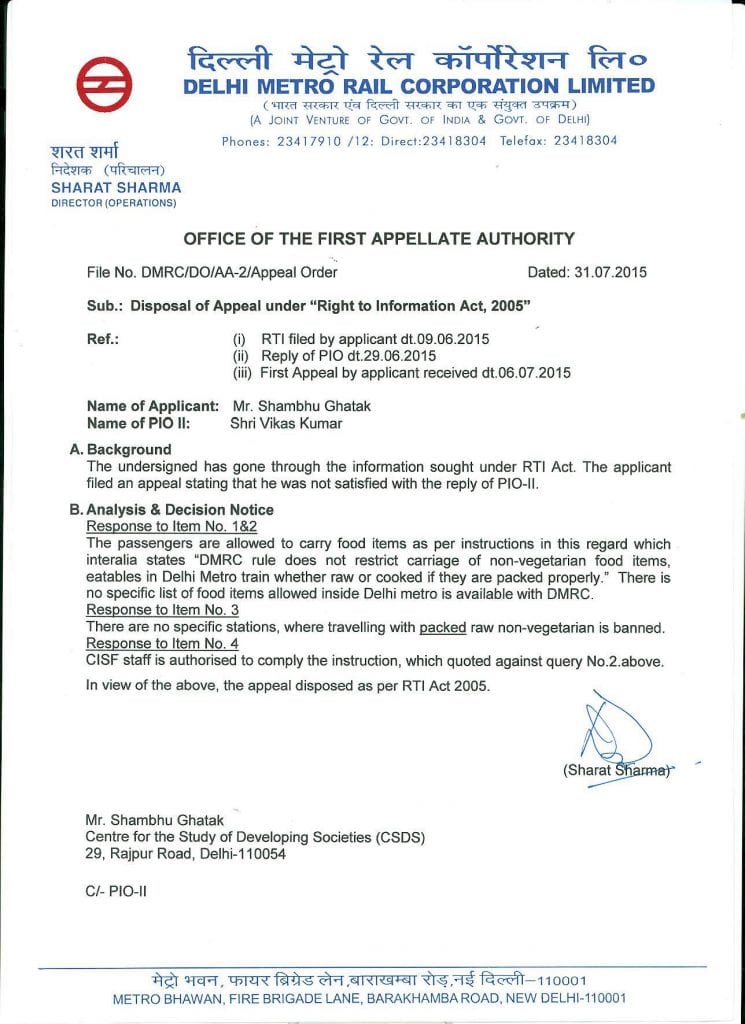 “We will stop people even if they are carrying decayed vegetables. So, it’s not about meat or about a certain section of people. Any item emitting foul smell is not allowed,” Chauhan said. But the rules laid down by the BMRCL does not specify decayed vegetables or other food items.

“The very fact that they mention meat is discriminatory. It certainly targets a certain section of society based on their food choice. Going by the smell is subjective. It cannot be left to the discretion of the checking officer,” said Leo Saldanha of ‘Environment Support Group’ who works for social justice.

This is not the first time Metro officials have stopped a commuter from carrying specific food. In 2015, the Delhi Metro security had stopped a passenger from carrying raw eggs packed in a polythene bag. Shambhu Ghatak – a Delhi-based research scholar – told The Federal he filed an RTI seeking the list of items that were permitted to be carried and whether carrying raw mutton, chicken, or fish for household consumption was illegal, from the Delhi Metro.

But he received a bland reply saying “Details of information sought is not available in any material form.” (attach RTI Reply page 4). Ghatak wasn’t satisfied. He moved the information commission after which the DMRC was ordered to clarify.

It said DMRC does not restrict the carriage of non-vegetarian food items, eatables in Delhi Metro, whether raw or cooked if they are packed properly. And it further said that there was no specific list of food items allowed inside Delhi Metro.