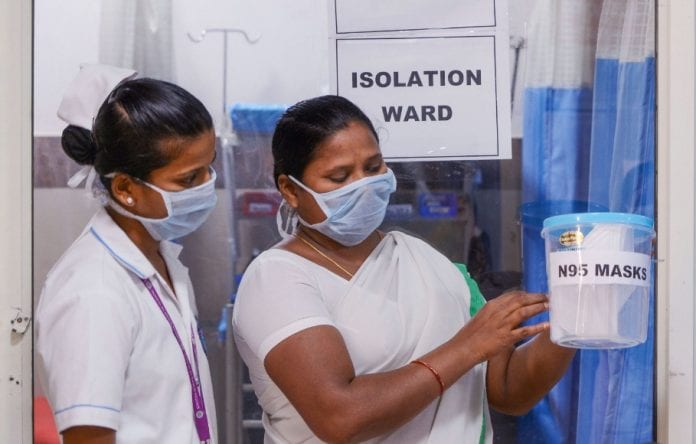 Karnataka Health Minister B Sriramulu has said that a medical team is monitoring the health condition of all those people who had stayed with the coronavirus-hit techie who is admitted to a hospital in Hyderabad.

The first confirmed case of the novel coronavirus (COVID-19) in Telangana was reported from Hyderabad on Monday (March 2) where a man from Bengaluru, who recently returned from Dubai, tested positive for the virus.

“It has come to our knowledge that the coronavirus-hit person in Hyderabad had gone from Bengaluru. Therefore, all the members in the house where he had stayed here have been identified and are under watch,” Sriramulu tweeted on late Monday night.

The minister said he has convened a meeting with the additional chief secretary, commissioner and other senior officials of the health department on Tuesday morning.

“Our government has initiated all the measures to prevent the spread of this virus,” the minister said.

It is learnt that the 24-year-old techie had not contracted it when he was in Bengaluru but all precautionary measures have been taken. The software engineer, who works in Bengaluru, had worked with people from Hong Kong in Dubai last month where he is suspected to have contracted the virus, Telangana health minister E Rajender told reporters in Hyderabad.

The man reached Bengaluru on February 19/20 and later went to Hyderabad in a bus. He took treatment for fever after coming to Hyderabad and was admitted to a private super speciality hospital in the city. As it did not subside, he came to the state-run Gandhi hospital on Sunday evening, Rajender said.