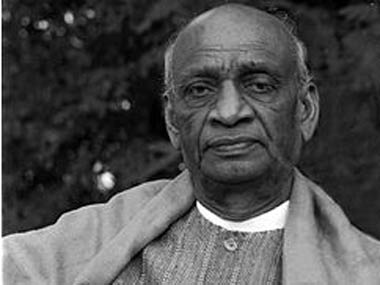 The Karnataka Congress, which is constantly engaged in ugly spats the state BJP leaders, has goofed-up once again.

A video of a dialogue between ex-chief minister Siddaramaiah and DK Shivakumar discussing the ramifications of not having a portrait of Sardar Vallabhai Patel in their office, and the political mileage that the BJP would  out of this, has surfaced in the public domain.

This dialogue ostensibly took place on October 31, on the occasion of the anniversary  of the former Prime Minister Indira Gandhi’s assasination, which also happens to be the day Sardar Patel was born more than a century earlier.

In the video, pointing out that today (October 31) is his (Sardar Patel)’s birthday, Siddaramaiah asks Shivakumar why is there no portrait of him? (in the Karnataka Congress office). To which Shivakumar replies that “sir, yes…it is his birthday today also…but we never keep the photo”.

Then comes the clincher, when Siddaramaiah is heard saying that what if BJP gets wind of this and they would take advantage of the situation. “Like we have not seen them (do it)…”, he said, and turned to a staff member instructing him to get a photo of India’s Iron Man.

Shivakumar agrees with him in the video to “keep the photo”, to which Siddaramaiah nods in agreement adding, “yes, it will be better”, said a report in News18. The website however has not verified the authenticity of the video, which is credited to BJP MLA and former minister MP  Renukacharya, and shared by ANI.

Congress leaders seem to be making a habit of getting caught on camera. If it was not the Congress leadeer, Prakash Rathod, who was caught browsing through obscene materital on his mobile in the state legislative council in January this year, last month, a live mic caught two Congress leaders hotly discussing the levels of corruption allegedly indulged by Shivakumar. One of the leaders was expelled for six years and the other leader was served a showcause notice.

The BJP leadership did not miss a beat to take advantage of this embarrassment for the Congress. BJP national general secretary CT Ravi jumped in to tweet that it is “a shame that slaves are so scared of an Italian..”. Obviously, making a reference to Opposition party chief Sonia Gandhi. He also added that this video cleared any doubt that anyone would have of how much the Nehru dynasty hated Sardar Patel.

“Congress leaders Siddaramaiah and DK Shivakumar agree to place photo of Sardar Patel along with that of Indira Gandhi fearing BJP,” he tweeted.