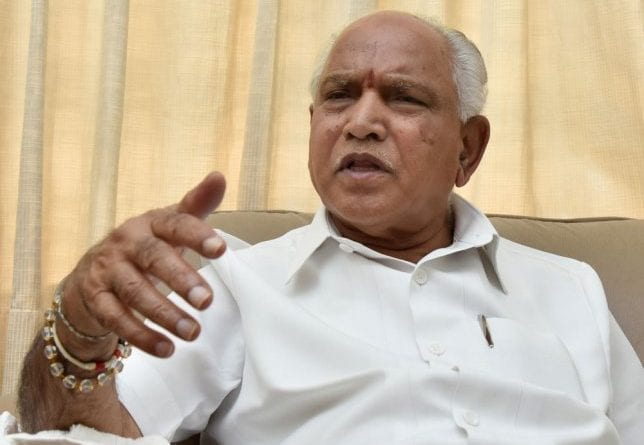 Accusing his Maharashtra counterpart Uddhav Thackeray of raking up the Belagavi border issue once again for political gains, Karnataka Chief Minister BS Yediyurappa on Monday (December 30) declared that not even an inch of state’s land will be given away.

“It has been decided in the Mahajan report what has to go to Maharashtra and Karnataka. For political benefit the Chief Minister there is trying to create confusion. I condemn it. There is no question of giving away even an inch of land,” Yediyurappa said.

Speaking to reporters here, he said the Maharashtra Chief Minister was trying to create a rift between Marathi and Kannada people. “Our people should maintain peace and brotherhood, there is no question of giving away even an inch of Karnataka’s land. Just because someone made a statement there is no need to create confusion. I appeal to our people to maintain peace,” he added.

Maharashtra claims the border district of Belagavi was part of the erstwhile Bombay Presidency, but is currently a district of Karnataka, on linguistic grounds.

Bus services from Kolhapur district in Maharashtra to Karnataka had been suspended on Sunday against the backdrop of the ongoing border dispute between the two states over Belagavi.

Uddhav Thackeray had earlier this month had appointed ministers Chhagan Bhujbal and Eknath Shinde as co-ordinators to oversee his government’s efforts to expedite the case relating to the boundary dispute with Karnataka.

Shiv Sena workers had reportedly hit the streets in Kolhapur on Sunday and burnt effigies of Yediyurappa and Home Minister Basavaraj Bommai and stopped the screening of Kannada films there.