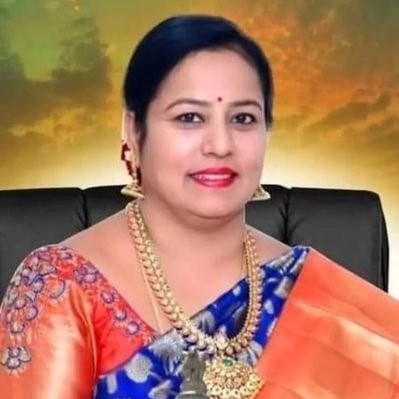 Some political observers are of the opinion that the perception about JD(S) being too family centric is one of its major drawbacks. Bhavani Revanna, a former Hassan zilla panchayat member, is the wife of former CM HD Kumaraswamy's elder brother H D Revanna. Pic:@BhavaniRevanna

JD(S) supremo H D Deve Gowda’s daughter-in-law Bhavani Revanna claimed that party leaders have decided to field her as its candidate from the Hassan Assembly constituency in the upcoming Karnataka polls.

However, her brother-in-law and former Chief Minister H D Kumaraswamy on Tuesday (January 24) said, an appropriate decision will be taken by the party in this regard, keeping in mind the organisation and the message that needs to be sent out to people ahead of the polls due by May.

“Last time, Hassan taluk was the only taluk that had gone to the BJP (from Hassan district), so several works and projects are pending there. In 90 days from now, the election process will be over. So discussions have happened and a decision has been taken to make me the JD(S) candidate from Hassan,” Bhavani Revanna said.

Also read: JD(S) will grow beyond old Mysuru and get majority in Karnataka: Kumaraswamy

Addressing a meeting of party workers here on Monday, she said, her name will be officially declared soon.

“If I’m aware of the people and the villages in the constituency, it will be good for me to work in the days to come, so I’m travelling. I also seek the blessings of the god,” she added. JD(S), which has already announced a list of 93 candidates for the Assembly polls, is yet to finalise one for Hassan constituency.

Reacting to Bhavani’s claim, Kumaraswamy speaking to reporters said, “She has a desire to contest. Is it wrong to have a desire? Every one has the right to contest elections in our system, but keeping in mind a message that needs to be sent out to people and the organisation, an appropriate decision will be taken in the party.”

Other aspirants from JD(S) for the seat include, H P Swaroop, a former Hassan zilla panchayat vice-president and son of former MLA late H S Prakash. He has been visiting villages along with his supporters.

Stating that he is trying to get a ticket from JD(S), Swaroop said, “there seems to be confusion among people and workers following this announcement by Bhavani Revanna, but I’m saying let the ticket be officially declared….”

Swaroop also said that he has high regards for Deve Gowda and Revanna, and there is no question of him looking at an option of going to another party.

Some political observers are of the opinion that the perception about JD(S) being too family centric is one of its major drawbacks. Eight members of Gowda’s immediate family are into active politics.

Gowda, who is the JD(S) supremo, is also Member of Rajya Sabha from Karnataka, while his son Kumaraswamy is a former CM and MLA from Channapatna. Kumaraswamy’s wife Anitha is MLA from Ramanagara segment, and his son Nikhil, who is the JD(S) youth wing president, had unsuccessfully contested the 2019 Lok Sabha polls from Mandya.

The party supremo’s elder son H D Revanna is a former minister and MLA from Holenarsipura, his wife Bhavani Revanna was a member of the Hassan zilla panchayat, and their sons Prajwal and Suraj are MP from Hassan and a MLC respectively.