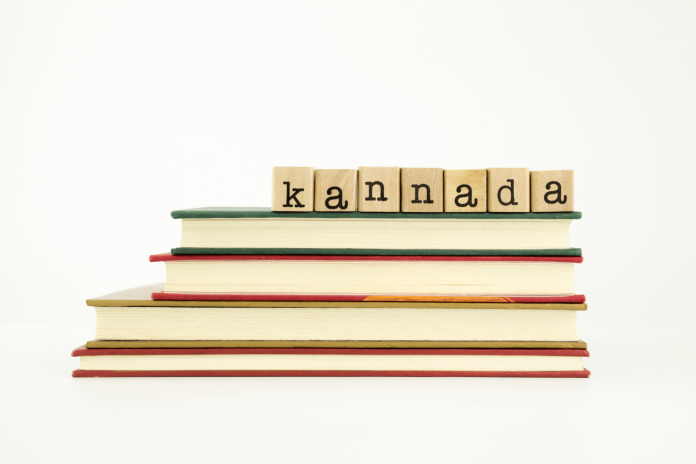 More than a hundred years after it was founded, the prestigious Kannada Sahitya Parishat (KSP) is in a state of crisis. It has moved away from its core agenda for the promotion of the Kannada language and culture to extraneous activities. Its membership has skyrocketed to over three lakhs from just around 40,000 in 2004 and it is being pulled apart from all sides by caste-based politics.

The election to the post of president of the 106-year-old KSP has in recent years turned into a battleground of vote bank politics by dominant caste groups. In the process, the primary mission of the Parishat is in danger of being sidelined or even forgotten.

The next round of elections is in March-April and campaigning and lobbying for the same has already begun. On December 30, the government appointed an officer to initiate the poll process for 34 posts including that of president and executive body of the central committee besides district units of the Parishat.

“In terms of membership, it is the largest literary organisation in the country. The total life membership of KSP now stands at 3,35,000 and the number of eligible voters in the coming polls is approximately 3,08,000. After Bangiya Sahitya Parishat of West Bengal and Karnataka Vidyavardhaka Sangha, KSP is the oldest linguistic institution in the country,” claims KSP honorary secretary K Rajakumar.

The Parishat played an important role in the formation of the state of Karnataka. In the 1980s, it led the Gokak movement for primacy to Kannada as the medium of instruction besides fighting for its status as the state’s administrative language. It routinely publishes Kannada writings, organises literary seminars, symposiums, research projects and, most importantly, the Akhila Bharata Kannada Sahitya Sammelana. The next sammelana or convention, the 86th, is in February.

In all, the KSP has brought out at least 1,750 publications, including the eight-volume, 9,000-page monolingual dictionary and folk encyclopaedia. It has an audio-visual repository of Kannada literary stalwarts. The Saraswathi Library, run by the Parishat, houses around one lakh works of various genres in Kannada literature.

Writers and intellectuals in the state say there is a need for reforms including in the conduct of elections in the organisation as it has acquired the negative trappings of a political election.

The other unhealthy tendency of the Parishat is the heavy dependence on government funds for its activities. This has diluted the calibre of those heading the Parishat. The way in which the prestigious Akhila Bharata Kannada Sahitya Sammelana (All India Kannada Literary Convention) is being conducted where litterateurs are being elbowed out by politicians is an indication of this steady decline in standards.

That apart, governments routinely refuse to take cognisance of decisions taken at the literary convention turning the Parishat into a “toothless” body. Older Parishat members say it is time to protect Kannada language and literature, besides strengthening the KSP.

Significantly, the forthcoming elections in the KSP is being held at a time when Kannada organisations have been protesting against the imposition of Hindi by the state BJP government which is being perceived as doing that to please the Centre.

Kannada organisations have also opposed the BJP government’s move to set up the Maratha Development Authority (MDA) and funding it for political reasons at a time when the Shiv Sena has been raking up the decades-old border issue between Karnataka and Maharashtra.

The government’s apathy in making Kannada the medium of instruction till Class 5 has also angered litterateurs and Kannada activists. They have been exerting pressure on the KSP to take a pro-active role on the lines of the Gokak agitation of 1980 that fought for the first language status of Kannada.

“Both the Union and state governments have termed linguistic studies unproductive. The market economy is distancing people from language and literature. Amidst this, the Parishat continues to abdicate its responsibility,” says writer Dr Purushottam Bilimale, former head of the Kannada Chair at JNU in New Delhi.

Rise in members, but along caste lines

Meanwhile the sharp rise in membership of the KSP has attracted attention. The number of voters which stood at 40,000 in 2004 has increased to around 3.10 lakhs now, says K Rajakumar.

Writers, intellectuals, and the Parishat’s own members are interpreting the jump in membership as “vote bank politics”, where caste is playing an important role.

A closer look at the list of members and voters makes it clear that the two dominant castes, Lingayat and Vokkaliga, are trying to establish their supremacy within the Parishat.

“It is not a healthy development. The post of president is socially, culturally and politically important. So it looks like candidates are enrolling people belonging to their castes regardless of the lofty ideals of the Parishat,” says former KSP president Hampa Nagarajaiah.

“Kannada writer, the late Prof Chidananda Murthy, in his report had suggested eligibility criteria for becoming a member of the KSP in the 1980s. But that was swept under the carpet,” regrets another noted writer RN Chandrashekar, attributing the surge in membership to ambitious leaders eying for the top positions in the KSP.

“Now the government is releasing funds for the district Kannada conventions too, the same way funds are being released for the prestigious Akhila Bharata Kannada Sahitya Sammelana,” says Chandrashekar.

Recalling the 2008 KSP elections, a former honorary secretary says the Vokkaligas tried to break the dominance of Lingayats over the Parishat and engaged enrolling members from the Vokkaliga community three years earlier. Vokkaliga mutts also played an important role in enrolling members like the way Lingayat mutts did earlier.  “Eventually, the Vokkaligas succeeded in their attempt,” he says adding that, “this fight for dominance turned the KSP into a Vidhana Soudha-like power centre.”

“Those with a real concern for the KSP are less than 10 per cent,” said a former president, on the condition of anonymity.

No place for women, dalits

Writer and columnist Dr Nataraj Huliyar says it is time to amend the constitution of the KSP and change the way elections are held with a view to resurrecting the vision of the Parishat.

Interestingly, the post of the KSP president is yet to be occupied either by a dalit representative or a woman. While the initial years saw only those from the “upper” castes in the top jobs within the KSP, it opened up to a section of backward classes later, but not for dalits.

“It is time to raise the question of justice for dalits,” says writer and thinker, Nataraj Huliyar, director, Centre for Gandhian Studies, Bengaluru University.

In a state where women played a dominant role in the Bhakti Movement of the 11th and 12th century under reformer Basaveshwara, not a single woman has become president of the KSP. Seldom has there been women officials in the central unit.  Of the 82 secretaries so far, only two have been women.  Among 34 treasurers only one has been a woman “It is time to unfetter the male-dominated organisation and support a woman candidate,” says writer Bilimale,

“Though a woman B Narayanamma contested in 2004, she could not take on caste and the money power of male contestants,” says writer Dr Vasundhara Bhoopathi, who headed the Kannada Book Authority.

Related news: Why is Andhra Pradesh caught in a language row?

“When attempts were made to pitch former minister and writer Leeladevi Prasad, she hesitated to contest as she was aware of caste and money politics in the Parishat polls,” says, writer and co-editor R Poornima of Hitaishini, an online magazine on gender issues. “Similar was the response of another former minister BT Lalitha Naik,” she adds.

Muslim man marries off foster daughter as per Hindu customs