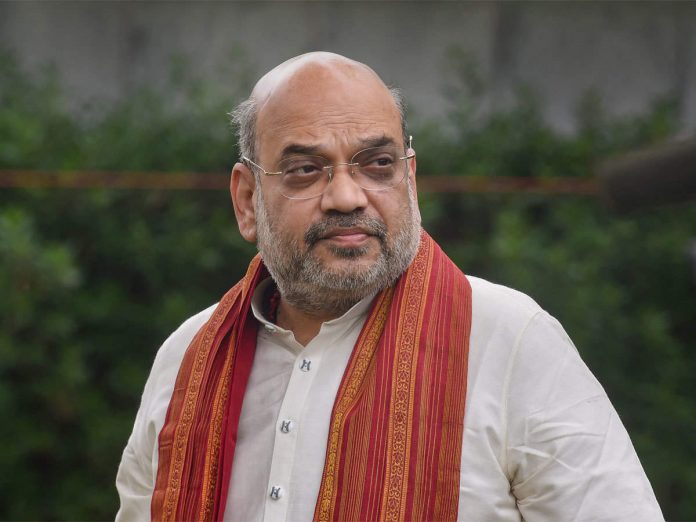 Union Home Minister Amit Shah on Wednesday (December 14) asked Karnataka and Maharashtra to form a six-member team with ministers from both states to address boundary issues.

At a meeting in Delhi with Maharashtra Chief Minister Eknath Shinde and his Karnataka counterpart Basavaraj Bommai, he also said the boundary dispute cannot be settled on the streets but only through constitutional means.

Shah had called the chief ministers of the two states after violence flared up in the border region where Maharashtra has staked claim on 865 Marathi-speaking villages in Karnataka. Maharashtra Deputy Chief Minister Devendra Fadnavis and Karnataka Home Minister Araga Jnanendra were also present at the meeting.

“The meeting between Maharashtra and Karnataka on the border issue was held in a positive atmosphere today. Keeping a positive approach, CMs of both states agreed that a resolution should be reached in a constitutional manner,” said Shah.

He urged the Opposition parties of both states not to politicise the issue. “I urge opposition parties in Maharashtra and Karnataka not to politicise this issue. We should wait for outcome of the discussions of the committee formed to resolve this issue and decision of the Supreme Court. I’m confident that NCP, Congress, and the Uddhav Thackeray group will cooperate,” Shah said.

The Karnataka-Maharashtra border row escalated into violence after vehicles from both states were attacked and damaged in Belagavi and Pune.

Since its creation on May 1, 1960, Maharashtra has claimed that 865 villages, including Belagavi, Karwar and Nippani, should be merged into Maharashtra. Karnataka, however, has refused to part with its territory.

Addressing the media after the meeting on the Maharashtra-Karnataka border issue. Watch live! https://t.co/p9jN0m9ajB