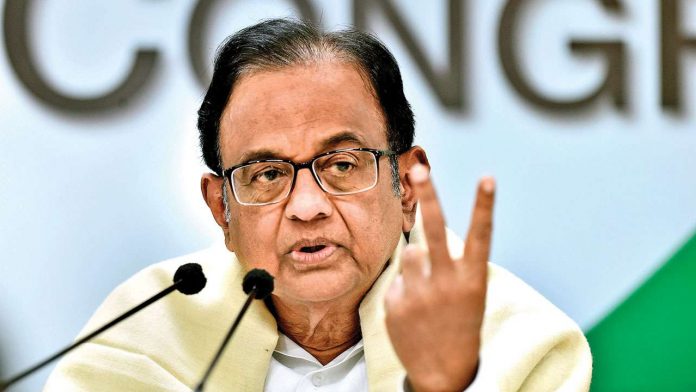 Traditionally, they say, whoever wins Uttar Pradesh gets to rule India. Senior Congress leader Chidambaram has come up with a new political proposition.

Chidambaram, who is in Goa in-charge, on Friday (October 15) exuded faith in the party to win the Assembly elections in 2022 and Lok Sabha polls two years later.

“Let me say one thing from history…whoever wins Goa wins Delhi. In 2007 we won Goa…in 2009 we won Delhi. In 2012, we unfortunately lost Goa, in 2014 we lost Delhi. In 2017, you (referring to party workers) won Goa, but our legislators lost Goa and the party lost the 2019 Lok Sabha polls,” said Chidambaram while addressing party workers at the inauguration of the state election campaign office in Panjim.

Congress did well in the 2019 Assembly polls to emerge as the single largest party, winning 17 out of 40 seats. The BJP, however, proved smart as it got into an alliance with regional parties and independents to form a government. The Congress responded late and by the time the party high command gave orders, it was too late. Currently, Congress only has only four MLAs in Goa.

Chidambaram tried to pump up party workers with a pep talk. “The history is ours…we are beginning today on an auspicious day and our office has been inaugurated by a valuable statesman and former chief minister Pratapsingh Rane,” he said.

The former finance minister also tried to instil some pride among the Congress workers of the progressive years gone by. “We will bring back that golden age of Goa, beginning 2022. I wish you go forward with courage and confidence,” he said.

Also read: Did Prashant Kishor’s dalliance with Cong fizzle out before it could begin?

Chidambaram promised to give chance to young leaders. He said the party will promote youngsters, women, Schedule Tribes, fishermen and Dalits in the upcoming elections.

Chidambaram said it is high time the party started implementing plans it has made over the last few months. “Between now and 100 days from now, there will be elections. I don’t know the date of elections, but let me count 100 days from today. Every day we must move forward, win more hearts and minds,” he said.