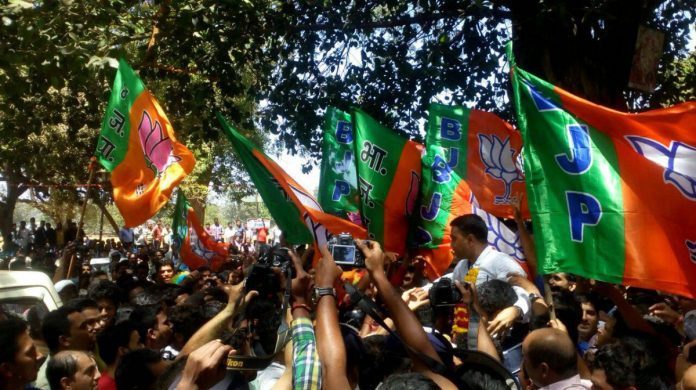 The ruling BJP has decided to contest 38 out of the 40 seats in the upcoming Goa elections, according to a senior party leader quoted by PTI news agency.

After holding a number of meetings, the party had come to the conclusion that it will not fight in two constituencies in Goa, Benaulim and Nuvem, the leader said.

These two constituencies are Christian-dominated places where people traditionally have not voted the BJP to power.

Currently, Benaulim is represented by Churchill Alemao, who after getting elected on the Nationalist Congress Party (NCP) ticket, shifted to the Mamata Banerjee-led Trinamool Congress (TMC) last month, while Nuvem constituency is represented by Wilfred DSa, who had won the last election as a Congress candidate, but later joined the ruling BJP.

The party would contest on all other seats but the names of the candidates will be decided later.

“A formal announcement about the candidates would be made after January 16 when the party’s parliamentary board approves the list,” the leader told PTI.

On Thursday, Sawant had told reporters that BJP functionaries will visit Delhi on January 15 to hold a meeting with the top brass, while the party’s parliamentary board will finalise the names of candidates the next day.

BJP will be facing a tough fight from its old rival Congress in addition to a fast emerging AAP and a nascent Trinamool Congress in the elections to be held on February 14.