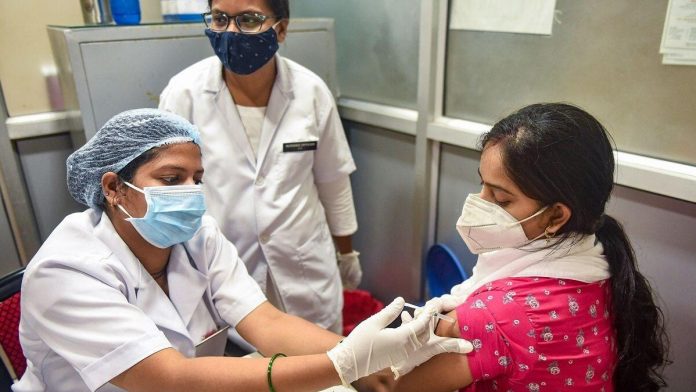 Uttar Pradesh has the most number of unused vaccines among states in the country at 2.9 crore, according to government data presented in Rajya Sabha.

The state which also has the highest number of vaccinated people, owing to the largest population it houses in the country, is yet to fully vaccinate a significant part of its population.

As many as 3.5 crore people have not yet been vaccinated even once in Uttar Pradesh, the Union Ministry of Health and Family Welfare said.

Among the states having the highest unvaccinated population were Bihar (1.89 crore), Maharashtra (1.71 crore) and Tamil Nadu (1.24 crore).

India has issued a total of 129 crore vaccine doses to its population, with 48.79 crore being fully vaccinated and 80.6 crore having given the first jab so far.

However, according to some reports, the actual vaccinated population may be even lesser as these numbers may have been fudged. In some places, the names of Prime Minister Narendra Modi, Home Minister Amit Shah, actors Amitabh Bachchan, Priyanka Chopra have appeared in the vaccinated list.

After a slow start, the vaccination process achieved speed around September but hit the brakes in the subsequent months, as the leftover population was said to be vaccine-hesitant or difficult to reach.

“First 10, 20 or 70% is easy, but the last 10-20% is harder to do because here you are talking about the population that is difficult to reach (or convince) because of one or the other reason, or because they are the ones with highest level of vaccine hesitancy,” Dr Gagandeep Kang, a vaccine expert, was quoted as saying by News18.com.

Also, a significant part of the population who had taken the first dose was said to be reluctant or uncensored about taking the second dose in many states.

On the other hand, India has supplied 72.34 crore doses of COVID vaccine to 94 countries and 2 UN entities since the beginning of Vaccine Maitri Programme in January 2021.