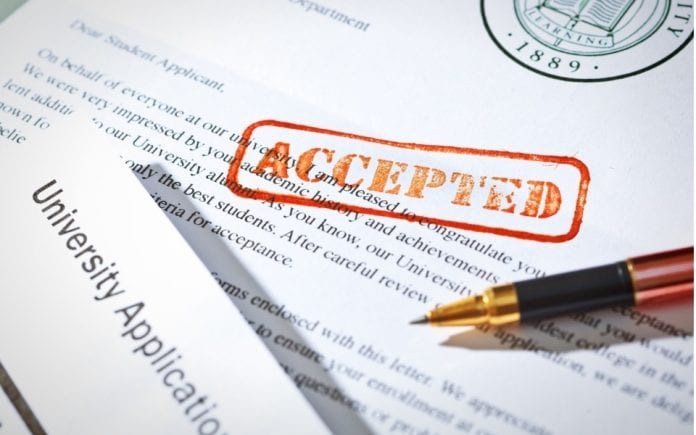 Earlier in the day, the student was taken to Bareilly by the police for admission following the orders of a court.

“The girl was brought under police security. At around 9 am, she completed filling various forms including that of examination and library, thereby completing all the admission procedures.

“The admission fee has also been deposited,” Amit Singh, the head of the law department at Mahatma Jyotiba Phule Rohilkhand University told PTI over the phone.

On Thursday, an application was submitted in the court of Chief Judicial Magistrate (CJM) Omveer Singh, which asked the girl to be admitted in the LLM course at a Bareilly college, the father of the girl said.

“On the orders of the CJM, a police team took the girl under security cover to Bareilly college.” Superintendent of Police S Chinappa said. Jailor Rajesh Kumar Rai said the girl was taken at around 7 am.

Chinmayanand is accused of sexually exploiting a woman, a student of a law college run by his society.

He is lodged in jail following his arrest in a case registered against him under section 376C of the IPC, an offence pertaining to the abuse of one’s position to “induce or seduce” a woman to have “sexual intercourse not amounting to the offence of rape”.

On October 16, a magisterial court prosecuting Chinmayanand, adjourned the hearing of the case to October 30. The court deferred the hearing after briefly taking it up through video conferencing.

“Chinmayamand had to reach the court for hearing but due to security reasons, the hearing was done through video conferencing,” Chinmayanands lawyer Om Singh had said.

He said judicial magistrate Gitika Singh fixed October 30 as the next date of hearing after conducting it briefly.

On September 25, the law student who has accused Chinmayanand of sexual exploitation was arrested on charges of extortion.

Woman who accused Chinmayanand of rape taken to Bareilly for LLM exa...

SC directs UP govt to set up SIT to look into Chinmayanand harassmen...