After rape-accused MLA Kuldeep Sengar, another BJP leader, Swami Chinmayanand has been caught in the eye of a storm after a 23-year-old female law student was reported missing in Uttar Pradesh’s Shahjahanpur, days after she accused him of “ruining the lives of several girls” in a video she posted online.

The girl’s father has also filed a complaint against Chinmayanand, a former Minister of State of Internal Affairs in the Atal Bihari Vajpayee government, alleging that he and his henchmen had threatened her and his family. The police lodged only a ‘missing persons’ report initially, but converted it into an FIR after the girl’s video went viral on social media.

On the other hand, when Chinmayanand’s lawyers filed a blackmail complaint, accusing unnamed persons of threatening to release morphed photos and videos of the leader if he did not pay up ₹5 crore, the police filed an FIR without any delay.

In the self-recorded video uploaded on her Facebook page on August 24, the law student accused a top leader of “ruining the lives of several girls”, including hers, and also “threatening her and her family”. The girl said she has all the evidence against this person and appealed to Prime Minister Narendra Modi and UP CM Yogi Adityanath to help her as the ‘sanyasi’ (sage) was threatening her, saying he had “the police and the district magistrate on his side”. 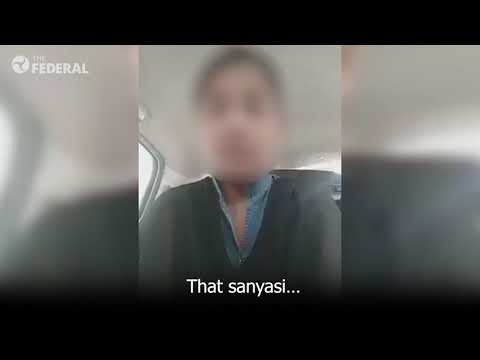 Chinmayanand  has been a Lok Sabha member from Jaunpur in 1999, Badaun in 1991 and from Machhlishahar in 1988 — all on BJP ticket. He is the president of the Swami Shukdevanand Law College, whose website says that it is affiliated to Rohilkhand University of Bareilly and the Bar Council of India.

He had hit the headlines in 2011, when a girl living in his ashram for several years accused him of abduction and rape. In April 2018, the Yogi Adityanath government withdrew the case against him.

On August 25, the father of the girl complained to the local police that his daughter is missing, her cell phone is switched off and her hostel room is locked and that no one from the college was telling the family anything.

He alleged that Swami Chinmayanand and his henchmen had been threatening their daughter and the family. He has appealed that the police should seal the hostel room where his daughter had been staying in the presence of media so that evidence is not destroyed.

Shahjahanpur superintendent of police S Chanappa said the BJP leader has been booked under IPC sections 364 (kidnapping or abducting in order to murder) and 506 (criminal intimidation) based on the complaint of the students father.

In the blackmail complaint, Chinmayanand’s lawyers said an unidentified caller was threatening that if ₹5 crore was not paid, he would make viral some edited/morphed footage of the leader and defame him in public.

When some women lawyers brought the case before the Supreme Court, it directed them to approach the Allahabad High Court, but later said it would look into the matter, according to reports.

Both the local police and Chinmayanand are tight lipped over the issue and could not be contacted despite several attempts.

Citing the case, Congress leader Priyanka Gandhi on Wednesday (August 28) hit out at the Uttar Pradesh government for failing to assure safety to women.

“Not a single day passes in Uttar Pradesh when the BJP government manages to assure women that you are safe and you will get justice if anything happens with you #EnoughIsEnough,” Gandhi said in a tweet.

Tagging a related story, Priyanka said,”In Uttar Pradesh, it looks similar to the Unnao case. If a woman complains against a BJP leader, then she is not guaranteed justice, even her own safety is not guaranteed, #EnoughIsEnough.”

Coming close on the heels of Kuldeep Sengar rape case, wherein the girl who accused the MLA of rape met with a mysterious accident, losing two of her aunts, Chinmayanand’s case could snowball into a major controversy if the police fails to trace the girl who has made serious allegations against the leader and seems to have vanished into thin air.