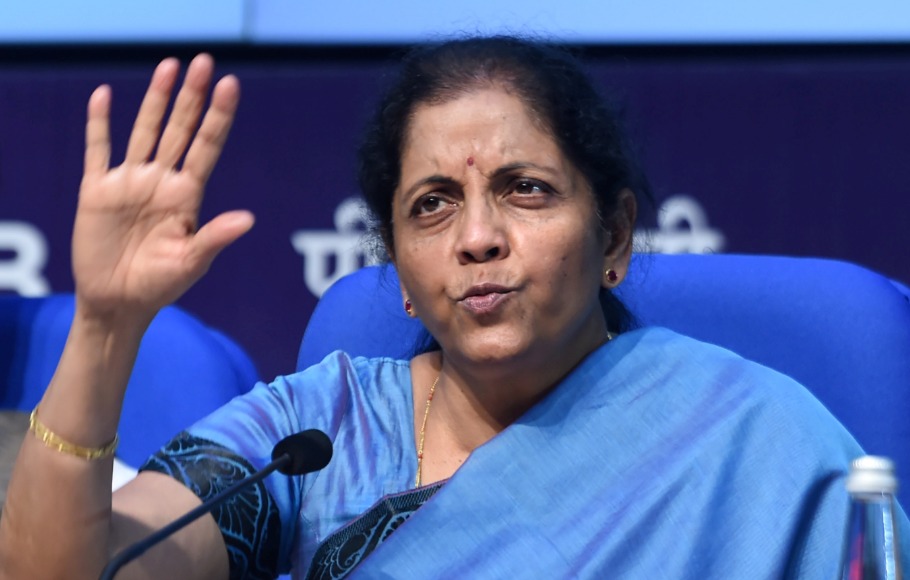 The ₹5.12 lakh crore budget of the Uttar Pradesh government, presented on Tuesday (February 18), made special allocations for Ayodhya, including ₹500 crore for the construction of a new airport in the pilgrim town. Besides, the government has also earmarked ₹2,000 crore for the Jewar airport.

Finance Minister Suresh Kumar Khanna presented the budget in the state assembly in the presence of Chief Minister Yogi Adityanath. This is the fourth budget of the Yogi government. The state’s debt liability is estimated to be 28.8 per cent of the state’s Gross Domestic Product.

The budget, the size of which is ₹33,159 crore more than previous year’s budget, also has provisions for new schemes worth ₹10,967.87 crore. For the development of Ayodhya as a tourist spot, the budget has earmarked ₹85 crore and ₹Rs 10 crore for renovation of Tulsi Smarak Bhawan there.

The major allocation for Ayodhya, where the construction of a Ram temple is expected to begin in couple of months, was ₹500 crore for an airport. The budget also earmarked ₹180 crore for setting up a cultural centre in Varanasi and ₹200 crore for expansion and beautification of Kashi Vishwanath temple.

Besides, the Uttar Pradesh government also allotted ₹2,000 crore for the Jewar Airport in Gautam Buddh Nagar. “The airport is expected to go operational by 2023,” finance minister Khanna said. The budget has also earmarked ₹92.5 crore for airports under the Regional Connectivity Scheme.

The State Budget 2020 also laid emphasis on developing metro networks and expressways, besides fixing a target to build four lakh houses for weaker sections by March 2021. The minister said ₹900 crore has been arranged for the work on the metro route from Delhi to Meerut, which is in progress.

An arrangement of Rs 50 crore proposed for setting up Rashtriya Prerna Sthal in Lucknow, the finance minister said. The budget also has a provision of ₹2,000 crore for a 637 km long ‘Ganga Expressway’ from Meerut to Prayagraj, which will be the longest expressway of the country.

The government has earmarked ₹783 crore for improvement of education and basic facilities under the ‘Pradhanmantri Jan Vikas Karyakram’ in minority-dominated areas. It also has a provision of ₹479 crore for educational facilities for modern subjects, besides religious education in recognised Madarsas and Maktabs.

“The budget has a provision of ₹783 crore for improvement of education, sanitation, health, drinking water and basic infrastructure facilities under PM Jan Vikas Karkyakram in minority-dominated areas,” the finance minister said in his budget speech.

The government on Tuesday announced two new schemes to promote and help the youth of the state. During his budget speech, the finance minister said the Chief Minister Apprenticeship Promotion Scheme (CMAPS) and the Yuva Udyamita Vikas Abhiyan (YUVA) will make the youth self-dependent.

“A provision of ₹100 crore has been made under the CMAPS to impart on-job training to the youth of the state in MSME units. An amount of ₹50 crore is proposed for setting up ‘YUVA Hub’ in every district and a target has been fixed to train two lakh youths under UP Skill Development Mission,” he said.

A sum of ₹60 crore has been proposed for construction of forensic labs, while a provision of ₹97 crore has been made under the Safe City Lucknow scheme, besides sanctioning ₹20 crore for setting up the UP Police Forensic University. It has also sanctioned ₹3 crore for cybercrime prevention.

For the employees of the police department, the budget has a provision of ₹27 crore for ex-gratia payment to the families of police and firefighting employees, who are martyred or sustain injury during the discharge of their duty. ₹10 crore has been allocated to strengthen firefighting services.

Opposition parties, including the SP, the BSP and the Congress, slammed the budget. “The promises and claims made in the budget appear hollow and are only on paper,” said Bahujan Samaj Party (BSP) supremo Mayawati, as she termed the budget as a “farce”.

“The government is betraying all sections — be they youth, farmers or women. The BJP says it wants to make the state a trillion dollar economy but it is not saying from where the investment will come,” Samajwadi Party leader Akhilesh Yadav told reporters. UP Congress chief Ajay Kumar Lallu said the budget has nothing for the youth, farmers, women and the poor.