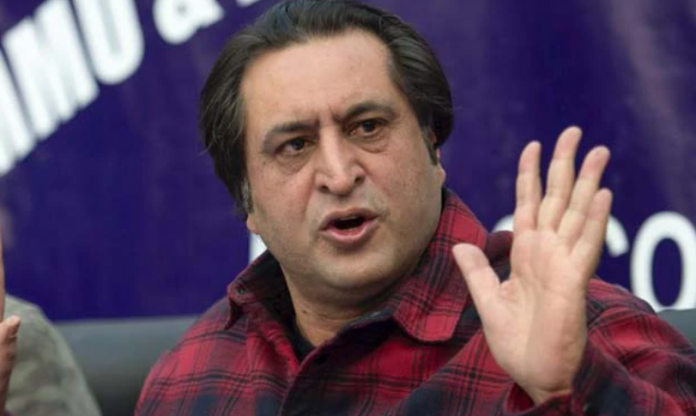 Former minister in the BJP-PDP government and now a key architect of People’s Alliance demanding restoration of Article 370 in Jammu and Kashmir, Sajad Lone, has said “they will outlast the central government,” indicating their determined fight for constitutional autonomy.

His remarks came a day after National Conference’s Omar Abdullah said the People’s Alliance would “keep the pot boiling” and “that no government lasts forever”.

He said the BJP deserves the credit for uniting all J&K parties in the unprecedented alliance, asserting the leaders like him are “inhabitants and not tourists”.

The decision to scrap Article 370 and 35-A autonomy by the Centre was “short-sighted and borne out of hatred”, Lone told a news channel. The regional outfits with conflicting interests, including the National Conference and PDP, have joined hands for the restoration of J&K’s autonomy.

Lone said he “felt like a stranger” after he was released from year-long detention and saw “outsiders” had taken over the reins of J&K.

Lone was detained along with scores of political leaders after the Centre announced the move last August. He was released on July 31 this year. He said the joint fight for the restoration of Article 370 will be within the framework of the Constitution and seek to end violence and uncertainty.

“This is a collective mechanism and primarily what was ours has been taken away from us. We will struggle peacefully, within the ambit of the Constitution as is the right in every part of the country,” said Lone.

“We are here to stay as inhabitants of the state. We are not tourists. National governments come and go. We should resist any national government decisions for which our children will have to face consequences. It is our moral duty to stand up against it,” he said.

He said the Centre did not display “sense ownership” by detaining and jailing leaders in Kashmir. He alleges that the August 5 decision was “borne out of hatred”.

Related news: Abdullahs, Mufti and others in alliance for J&K’s special status

“The August 5 decision was very short-sighted borne out of hatred, unfortunately. The national government is a ‘maai baap’ (parents) for everyone. Maai baap does not lock you in, jail you. The onus today is on them to show that they treat us at par with the rest of the country,” he said.

The new political block will be led by National Conference leader Farooq Abdullah, said Lone, adding they should thank the BJP-led central government for the unthinkable match-making in Kashmir.

“We should thank Delhi for this alliance, to get us together. Delhi has become a perfect match-maker,” he said.

He said air-dropping officials from other states to take the reins of governance in Jammu and Kashmir was a disaster.

“Everything has changed. People who don’t belong to this place have taken over. It is a bunch of people who have no idea about the problems and the history of this place. It is a very disastrous situation,” he said.