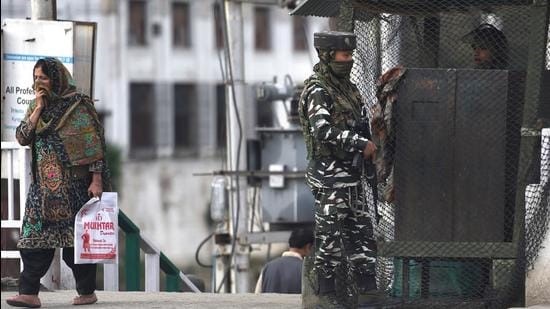 In its ongoing efforts to widely “scrutinise” the activities of its government staff, the J&K administration has now directed all its employees to submit a declaration listing moveable assets, including electric and electronic household items, owned by them and their family members when the value exceeds two months’ basic salary.

The J&K administration employees will have to upload this information on a portal — https://prs.jk.gov.in — where the declarations need to be submitted between January 1 and January 31 each year, starting this month.

This new rule comes in the wake of a series of stringent measures introduced over the past year by the J&K administration to probe into the lives of their employees. Besides making it mandatory for J&K government employees to secure a vigilance clearance to obtain a passport, last year in September, the administration brought in some parameters to conduct a “discrete verification” of its employees, which included reporting the activities of relatives that may be “directly or indirectly hostile to India’s national and security interests”.

These wide-ranging measures drew a lot of criticism from different quarters.

On Tuesday, (January 11), a notification issued by the Union Territory’s general administration department said that “every public servant shall bring to the notice of the prescribed authority the acquisition or transfer of movable property” with value in excess of the specified limit. This notification has come after amendments have been made to the Jammu and Kashmir Public Servants Declaration of Assets and other Provisions Rules, 1998 by the Lt Governor using powers conferred by Section 16 of the Act of 1983.

The employees will have to declare “all the assets” owned by them and their family members. The assets have been listed as “cash balance, saving bank deposits, shares, cash certificates, fixed deposits, debentures, security bonds, jewellery/ ornaments, and household items (electric and electronic items only)”.

The J&K administration however has defended the move to The Indian Express saying that this new rule is to facilitate the online filing of property statements and on time by the employees. This is being done with eye to make it easier for the employees to file their “annual statements”, according to a government official. Earlier, the employees used to give in their declaration forms to their respective heads of departments against the cumbersome process of submitting receipts.

The government official told the media that the move is to curb corruption and to ensure that the employees do not have wealth disproportionate to their known sources of income. The cap of two months basic salary on the value of possessions they have to declare has also been imposed due to price escalations and increase in salaries. Earlier, they had to declare any possessions which was worth more than Rs 20,000.

Since June last year, the J&K administration has been bringing in a string of new rules to keep a check on its employees. First, they made it mandatory for new appointees to disclose whether their family members or close relatives were associated with any political party. Or, even if they have participated in any political activity, or has had links with a foreign mission or organisation, or any banned organisation.

In September, it expanded the ambit of the “discrete verification” of its employees. According to media reports this latest move by the government has had mixed reactions. While some have welcomed it, others have termed it as “sheer harassment”. Some employees felt that introducing new provisions like furnishing details of even electric and electronic equipment seemed to be excessive.