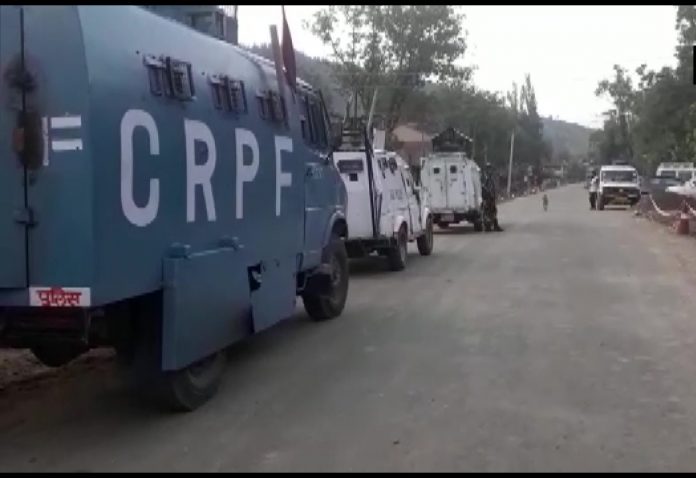 BJP government continues to practise vindictive policies to kill dissent and to silence the genuine demand for the reversal of unilateral and unconstitutional decisions of August 5, 2019, said Yousuf Tarigami

Mohammed Yousuf Tarigami, a veteran Left leader from the Kashmir Valley, hails from south Kashmir’s volatile Kulgam, a district known as a hub for armed militants.

Tarigami, representing the Communist Party of India (Marxist) has served as a member of the J&K Legislative Assembly representing the Kulgam Assembly segment in 1996, 2002, 2008 and 2014. Presently, he is the Convenor and chief spokesperson of the People’s Alliance for Gupkar Declaration (PAGD).

In a conversation with The Federal, Tarigami voiced his concern over the “erosion of democratic institutions” and spoke about the future of the PAGD and the many challenges on J&K’s slippery political landscape.

The Federal: What are the realistic chances of the restoration of Jammu and Kashmir (J&K)’s semi-autonomy, its special status and statehood especially when the current dispensation in New Delhi is making all forms of democratic dissent impossible?

Tarigami: There are three broad fronts from which the BJP government is tightening its grip on institutions: through the aggressive pursuit of neoliberal policies; a relentless onslaught on the secular democratic foundations of the Indian Republic; and a shift towards an authoritarian rule through the erosion of democratic institutions.

The BJP government continues to practise vindictive policies to kill dissent and to silence the genuine demand for the reversal of unilateral and unconstitutional decisions of August 5, 2019. There is no doubt that the regime is trying to undermine the Constitution and the institutions.

People are being silenced through the use of regressive measures and indiscriminate use of draconian laws like UAPA, PSA, etc. But the people cannot be silenced forever. Dissatisfaction and resentment are increasing. Even in the region of Ladakh, protests for statehood and restoration of land and employment rights have started erupting. In the Jammu region too, dissatisfaction is visible and voices of dissent are emerging. Though it is a difficult situation, we hope the struggle for the restoration of our legitimate constitutional rights will continue.

The Federal: The People’s Alliance for Gupkar Declaration (PAGD) came into force to collectively fight for the political rights of the region. But this new amalgam has already lost the support of Sajad Lone’s People’s Conference and Shah Faesal’s People’s Movement? What do you have to say about this?

Tarigami: The PAGD has emerged as a collective voice of the people of J&K for the restoration of their democratic and constitutional rights. In alliances, there will always be differences of opinion and this is nothing new. Some leaders may have left the alliance, but that won’t stop us from demanding what has been snatched from us. We have to reach larger sections of the population in all the regions, and engage civil society coalitions as well. The challenges ahead are serious and have to be met with more coordinated efforts.

The Federal: As the chief spokesperson of the PAGD, what is the future of the conglomerate in your opinion?

Tarigami: This political alliance that brings together major political parties has not come a day too soon. The unity of the democratic forces in J&K is urgently required to face the continuing onslaught on the identity and rights of the people. We have to reach even those groups who are not part of our alliance and try to get their support to meet our larger objectives. Adverse circumstances and difficulties cannot weaken our resolve to pursue this path of unity and struggle for the better and dignified future of our people.

The Federal: You have said that the RSS-BJP combine sees Kashmir as a laboratory and repeats the same experiments in mainland India. If this is true, what in your view is the democratic way to fight this perceived onslaught?

Tarigami: J&K’s special and unique situation was always an eyesore for the BJP and RSS. Revoking Article 370 was a long-standing demand of the Hindutva forces, with an eye, no doubt, on altering the demographic composition of the only Muslim-majority state.

We believe that the Constitution of India lays down the framework for the protection of our rights. Governments come and go. There is no doubt that the incumbent regime is undermining the Constitution and institutions, but we shall continue our struggle.

The prevailing situation in Kashmir has been created by design by the BJP-RSS combine and can’t be seen in isolation. We have no misunderstanding about the real intentions of the BJP and RSS game-plan. But we are sure that the disruptive and communal politics of RSS, the ideological mentor of BJP, will be defeated not only in J&K, but across the country.

The Federal: You have also filed several petitions in the Supreme Court on Articles 370 and 35A, but critics say that the apex court hasn’t even heard these petitions. What is the alternative way to fight?

Tarigami: It is most unfortunate but the judicial challenges to constitutional validity of the abrogation of Article 370 and 35A, dissolution of the state through the J&K Reorganisation Act continue to remain unheard by the Supreme Court since August 2019. Despite all these difficulties, we will keep on knocking on the doors of the judiciary. The united struggle for our rights will continue using every democratic forum and availing every legal opportunity.

Also read: New ‘dawn’ yet to break in J&K, even as fear & violence grip region

The Federal: What is your message for various parties and groups of ideological hues in J&K? Will you try to forge new alliances and stitch new partnerships for what you see as a common goal?

Tarigami: Apart from dismantling a historic state with special status, the BJP government has ruined J&K on all fronts. It has exacerbated the political alienation by using more and more lethal force and refusing to carry out any dialogue and reconciliation. It is using the poison of communalisation to divide the ranks of our people.

BJP’s communal agenda in J&K and elsewhere is also one of the contributing factors towards encouraging radical tendencies among the Kashmiri youth. The BJP government has not been able to fulfil a single promise which its leadership made to the people of the state prior to 2014 or even after it, when the Prime Minister would visit the state and raise the rhetorical pitch of vikaas (development).

They have proved to be hollow slogans meant to fool the people. Not a single significant step has been taken in J&K. But my appeal to the people of J&K is to unite and fight against this regime of Hindutva–corporate alliance at every level.

The Federal: The J&K administration claims that the last two years have witnessed massive development in the region. What is your assessment?

Tarigami: The prevailing ground situation in Jammu, Kashmir and Ladakh has put a big question mark over the BJP government’s claims that its undemocratic and unconstitutional decision to snatch the special status of the erstwhile state under Article 370 will bring peace and development in the conflict-hit region. The reality is that ever since the August 5, 2019 decision was forcibly imposed, J&K has been in a state of perpetual chaos and turmoil.

The claims of the BJP government that its August 5, 2019 decisions paved the way for new industries, created new employment opportunities, decreased violent incidents, brought atmosphere of peace and security, nurtured democracy, eradicated corruption, brought new Central laws for betterment of people in this region are nothing but concocted and fabricated stories while the ground situation belies these claims. The slogan of BJP’s ‘development’, in short, is nothing but a red-herring.