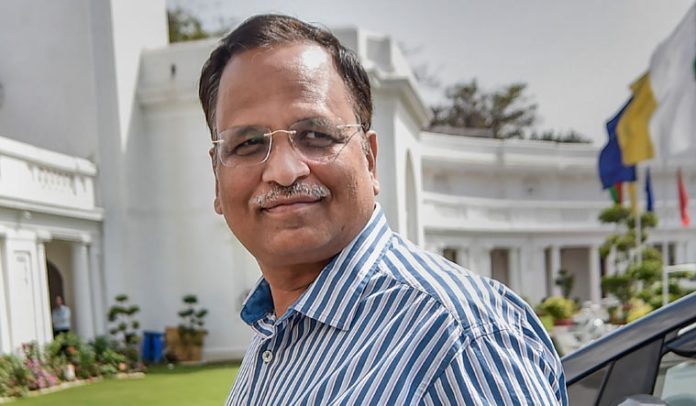 AAP leader Satyendar Jain is getting special treatment in Tihar jail in Delhi, with around 10 men tending to his needs, according to reports and videos that have emerged.

An India Today report revealed that Jain had 10 people assigned to take care of him inside jail. Eight people took care of his special food needs, cleaning the prison room, making his bed and clothes. Two others were assigned in supervisory role.

A video circulated on social media on Sunday (November 27) showed people cleaning and mopping the jail room after which they made his bed and spread rugs on the floor.

#WATCH | CCTV video emerges of housekeeping services going on in the cell of jailed Delhi minister and AAP leader Satyendar Jain. Later, he can also be seen interacting with people in his cell. pic.twitter.com/tw17pF5CTQ

An earlier video showed the jail superintendent paying a visit to Jain and have a conversation with him. Another video showed Jain with some visitors.

A much earlier video had showed the Delhi minister getting massage allegedly from a rape accused. The video had created a row as the BJP accused the AAP-led Delhi government of ensuring special services to Jain. AAP leaders however refuted the allegation and said he was being given physiotherapy for health reasons.

The minister had also sought special ‘Jain’ food comprising dry fruits, fruits and other items which were rejected by the court. He has said that he offers prayers at a temple before having food and had requested access to the temple in the jail and special food.

Satyendar Jain is in prison in connection with an alleged money laundering case filed by the Enforcement Directorate.