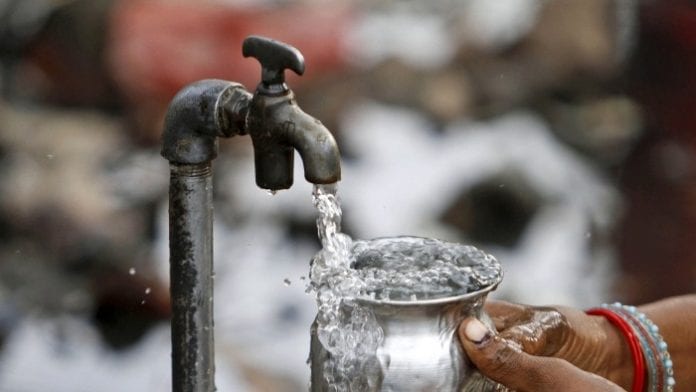 Several parts of Delhi – including the NDMC area – are likely to face water shortages for about a week starting Saturday (April 17).

The Delhi Jal Board (DJB) has attributed the shortages to a reduction in water availability from the Upper Ganga Canal.

The board said supply will remain affected in parts of east, north-east, south Delhi and NDMC areas till the situation improves.

The Upper Ganga Canal begins from Muradnagar, Uttar Pradesh. It supplies about 240 million gallons per day (MGD) to Delhi — accounting for more than a quarter of the capital’s potable water sources. On Saturday Delhi was receiving about 200 million gallons.

“The reason behind reduction in water availability in the canal, as informed by UP authorities, is that there has been less rainfall and melting of snow this past year, which has decreased the water level in the Ganga,” an official told The Indian Express.

Production at two treatment plants that rely on the canal — Sonia Vihar and Bhagirathi — has been affected by 25 per cent to 30 per cent due to low water availability.

Officials said UP authorities are making efforts to restore the normal flow in the canal.

Last month the board moved the Supreme Court against Haryana to avert a severe water crisis, to immediately stop discharge of untreated pollutants into Yamuna and also to release sufficient water for the national capital.