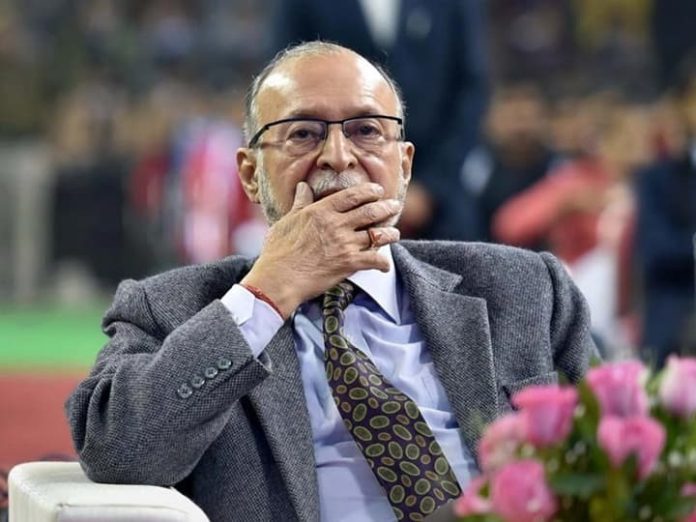 The Lieutenant Governor does not have independent decision-making powers and the real power must lie with the elected government, the Supreme Court had ruled in a big win for Delhi Chief Minister Arvind Kejriwal. Pic: PTI

Delhi Lieutenant Governor (LG) Anil Baijal created a stir in political and administrative circles when he abruptly resigned on Wednesday (May 18) citing personal reasons. The resignation, however, has not been accepted as yet since the President is currently on a state visit to Jamaica, and Saint Vincent and the Grenadines, till May 21.

A retired civil servant, Baijal was appointed the LG of New Delhi in December, 2016 after the resignation of his predecessor Najeeb Jung. A 1969 batch IAS officer, Baijal had served as Union home secretary under former Prime Minister Atal Bihari Vajpayee and held key positions in other ministries. He has now completed his five-year tenure and an appointment of his successor has been due.

As LG, Baijal was chief of the Delhi Disaster Management Authority that spearheaded the capital’s response to the COVID-19 pandemic. However, as a representative of the Centre in the national capital, Baijal had shared a rather strained relationship with the AAP government due to a constant power tussle with Chief Minister Arvind Kejriwal. A landmark Supreme Court judgement in 2018, however, had spelt out the powers of the LG more clearly.

The Lieutenant Governor does not have independent decision-making powers and the real power must lie with the elected government, the Supreme Court had ruled in a big win for Kejriwal. The face-off, however, has continued to simmer, with Baijal occasionally vetoing moves by the Arvind Kejriwal government and the AAP leader hitting back with sarcasm.

Meanwhile, the media is speculating who will be Baijal’s successor:

One of the names making the rounds is Praful Khoda Patel, the current controversial administrator of Lakshadweep, which, like Delhi, is a Union territory. He was in the news last year when he took some decisions that locals complained would ‘affect the traditions and unique culture’ of the archipelago. Many celebrities and retired IAS officer groups too sent letters of protest urging him not to change the intrinsic nature of the island.

The second name being suggested is Rajiv Mehrishi. A retired IAS officer, he was the 13th Comptroller and Auditor General of India and vice-chairman of the United Nations Panel of External Auditors. He has also been finance secretary, home secretary and the chief secretary of the government of Rajasthan.

Sunil Arora, an ex-chief election commissioner whose term ended in April last year is also reportedly in the running. Arora has also been secretary in the ministry of skill development and entrepreneurship, and information and broadcasting and has been the chairman for Association of World Election Bodies.

Rakesh Asthana, the current police commissioner of Delhi who began his stint in the national capital in July last year, also figures on this list. Two months later, the Delhi high court rejected a PIL challenging Asthana’s appointment and the case is currently with the Supreme Court. An IPS officer of the 1984 batch of Gujarat cadre, he has served as the Special Director at the Central Bureau of Investigation.