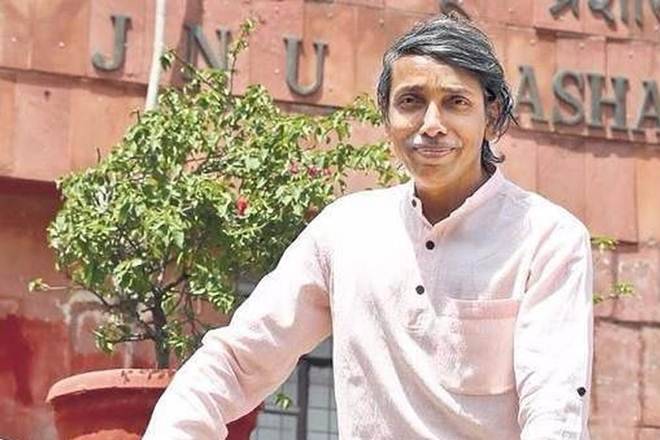 Prof M Jagadesh Kumar, the controversial Vice-Chancellor of Jawaharlal Nehru University (JNU): The argument put forward before the court was that the VC does not have the power to appoint professors as the chairpersons for the centres or special centres. Pic: PTI

This order was given by the court after the division bench of Justice Rajiv Shakdher and Justice Talwant Singh observed that the VC does not have any power to appoint chairpersons and that power is expressly held by the executive council.

“Therefore, prima facie, respondent no. 2 could not have exercised the power to appoint Chairpersons of Centres/Special Centres,” said the court. It also said that the appointments made by the VC prima facie are without authority, reported Indian Express.

The Delhi High court was hearing a petition filed by professor Atul Sood challenging the approval granted by the executive council to the nine appointments made by the VC. The argument put forward before the court was that the VC cannot appoint professors as the chairpersons for the centres or special centres.

Also read: ‘UPSC’ for judicial posts? Why the Centre-State row is in the news again

The court also refused to accept the  varsity’s argument that the VC had exercised the powers under Statue 4(5) of the Statute of the university. According to the court, the VC can only step in and exercise such powers “on account of emergent situation”, which then is reported to the concerned authority for obtaining its approval.

“Despite this, respondent no.2 (VC), it appears, went on to appoint the Chairpersons of the concerned Centres/Special Centres,” reads the HC order, added media reports.

The two judge bench also took cognisance of the fact through a submission made by Sood’s counsel Abhik Chimni that after the refusal of a single bench of the high court to stay the nine appointments made by the VC, the latter went ahead and appointed another person as chairperson of Centre of Spanish, Portuguese, Italian and Latin American Studies/School of Language, Literature & Cultural Studies on October 08.

The VC had again exercised the emergency powers vested in him.

The division bench of Justice Rajiv Shakdher and Justice Talwant Singh also requested the single judge – before whom the matter is pending – to advance the writ petition hearing filed by Sood. The court has listed it for directions on November 10 before that court.