The Aam Aadmi Party on Tuesday (January 14) declared the names of all 70 candidates for the Delhi Assembly elections scheduled to be held on February 8. Of these, 46 legislators have been fielded for re-election while the rest are new faces.

The results of the Assembly polls will be declared on February 11.

Here’s the full list of candidates and the constituencies they’ll be fighting the elections from: 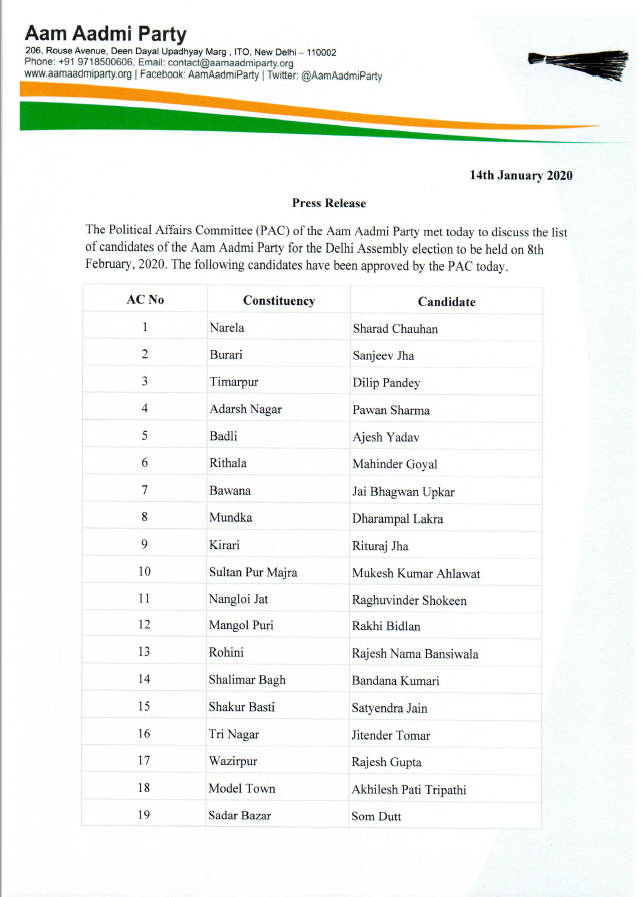 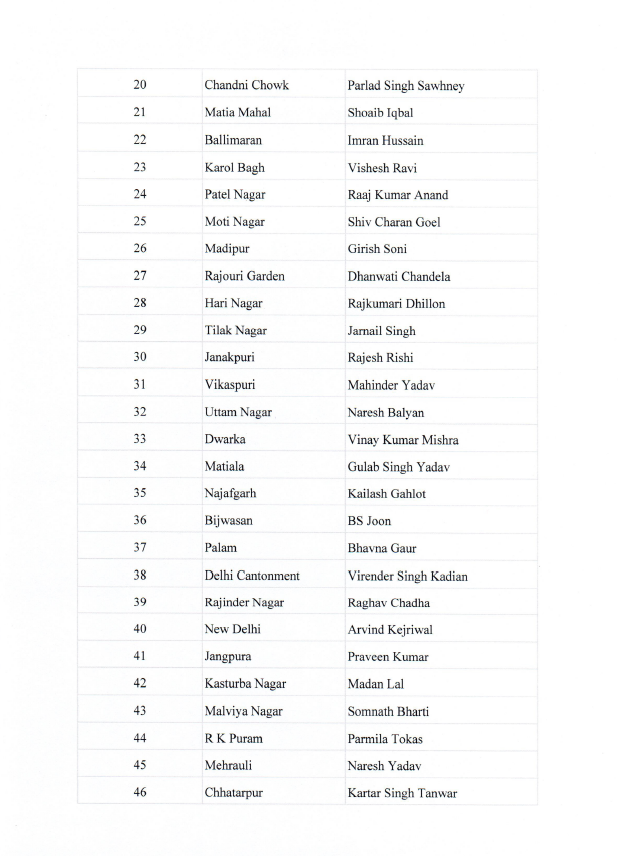 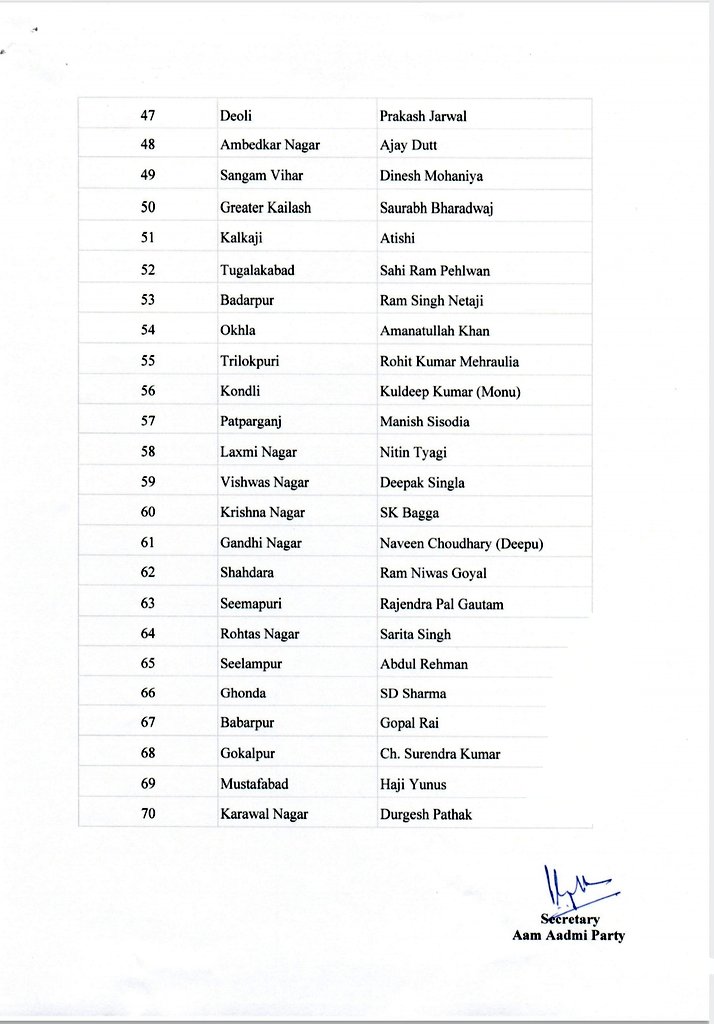 Not the time to play blame games, says Kejriwal over waterlogging in...