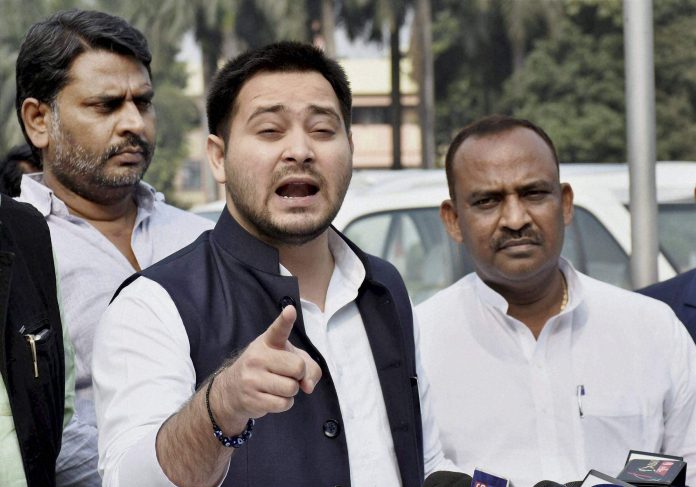 With Chirag going public with his disappointment with the BJP’s silence over his feud with his uncle Pashupati Kumar Paras for control of the Lok Janshakti Party (LJP), Yadav alleged that the BJP has “disposed of” and “abandoned” most of its old allies after coming to power.

In an interview with PTI, Yadav said his party had always stood by Ram Vilas Paswan and recounted that when the LJP did not even have a single MLA and Paswan lost the election in 2009, it was Lalu Prasad Yadav who sent him to the Rajya Sabha from the Rashtriya Janata Dal quota.

“Our party has decided to celebrate Dalit messiah Ram Vilas-ji’s birth anniversary to commemorate his contribution to the state. I think this itself is self-explanatory,” Yadav said.

Chirag has announced an ‘aashirvaad yatra’ from July 5, the birth anniversary of his father and LJP founder Ram Vilas Paswan, from Hajipur in Bihar. Asked about his call last week urging Chirag to quit the NDA, Yadav said the country is at a juncture where pro-Constitution, pro-democracy, pro-farmer and pro-people forces are on one side and those antithetical to this ideology are on the other side.

“Late Ram Vilas Paswan-ji was a socialist and a firm believer in the idea of social justice throughout his life. He fought caste supremacy, poverty and inequality during his political journey,” the 31-year-old said. “The real tribute to him would be carrying forward his values and legacy and that is possible only when Chirag-ji joins this existential fight against Golwalkar’s ‘bunch of thoughts’,” the former Bihar deputy chief minister said, in a play on the title of one of Golwalkar’s books.