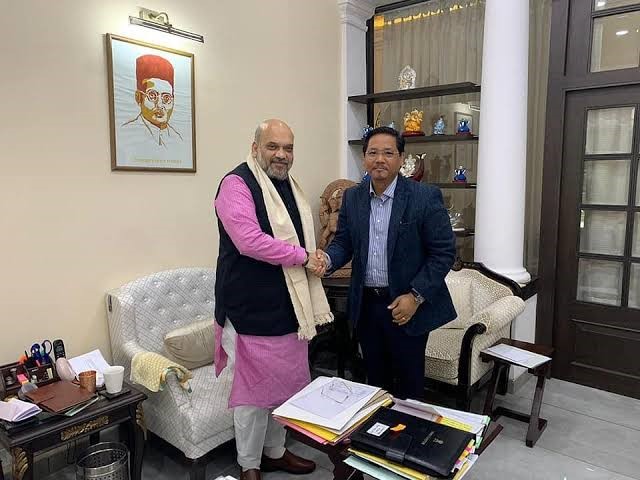 After a successful experiment in Assam — of forming an alliance with regional parties and then engulfing their political space and sharing their support base — the BJP is looking to replicate the plan in Meghalaya.

Meghalaya goes for Assembly elections early next year. In the 2018 polls, the BJP’s ego was heavily bruised, as it managed to win just two out of the 48 seats where it contested despite deploying its top leaders in an all-out campaign. Hence the new plan.

The latest casualty of BJP’s political poaching has been the National People’s Party (NPP), which is headed by Meghalaya Chief Minister Conrad Sangma and is an ally of the saffron party both in the state and at the Centre.

Now, the NPP leadership is playing it calm, saying the party won’t be affected by sitting MLAs changing parties. Sangma has said his party is preparing for the upcoming state elections.

Exodus in the offing

Last Thursday, a couple of NPP MLAs had a meeting with Assam Chief Minister Himanta Biswa Sarma, who is also the convenor of the North Eastern Democratic Alliance (NEDA), which is the North-East chapter of the NDA alliance.

According to sources, this meeting was regarding joining the BJP ahead of the Meghalaya elections and at least three to four NPP MLAs will be joining the saffron party.

Also read: Meghalaya to set 7 outposts along border with Assam

Senior BJP leader from Assam and minister in the Assam Cabinet, Ashok Singhal, confirmed this development.

Of late, the BJP has been wooing MLAs from Sangma’s party to join the saffron party and as a result of this, the political fissure has become almost a war in the open. The alliance partners have both declared that they will be contesting all the seats on their own and fighting against each other in the upcoming election.

The BJP has also been poaching the NPP’s grassroots workers and leaders, and this has intensified with the Assembly election approaching.

According to a statement by the Meghalaya chapter of the BJP, in November this year, several hundred NPP workers and grassroots leaders joined the party.

Having used Sangma and the NPP as a springboard for its expansion in Meghalaya, the BJP has been constantly attacking the Chief Minister, saying he is unable to run the coalition government taking all on board despite being given a lot of opportunities.

The BJP had started taking potshots at the NPP and Sangma from the beginning of this year, during the Manipur election itself.  The NPP was its ally in Manipur for five years and this time the BJP had shut its door on the party. In the Manipur elections which were held in February and March this year, the BJP not only contested against the NPP but also said that voting for the NPP was a waste.

According to sources in the BJP, the saffron party is wooing seven Independent MLAs and also legislators from other parties who can win on a BJP ticket in Meghalaya, which has a majority Christian population (74.59% according to the 2011 census) and is opposed to the Hindutva agenda of the party.

The BJP’s immediate target is to win seats in the double-digit in the 60-member Assembly and be a key player in the government.