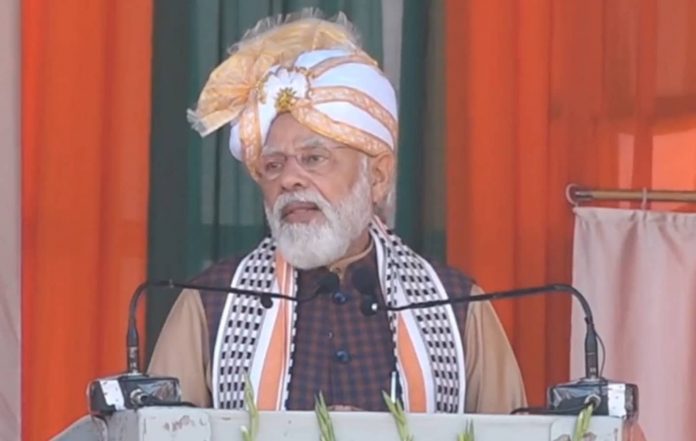 Those who ran previous governments in Delhi neglected Manipur, resulting in alienation of people, Modi said

Prime Minister Narendra Modi accused the previous governments in New Delhi of neglecting the northeast, as he launched a raft of development projects on Tuesday (January 4), ahead of the Assembly elections due in Manipur early next year.

Modi laid the foundation stone for 22 development projects worth ₹4,815 crore in Manipur and said that the northeast will become “the driver of India’s growth story.”

“Those who ran previous governments in Delhi neglected Manipur, resulting in alienation of people. After becoming the PM, I brought New Delhi to the doorsteps of Manipur and the northeast. The entire region will become major drivers of India’s growth,” Modi said.

Kicking off the BJP’s campaign for the Assembly elections, the PM inaugurated an Integrated Command and Control Centre for the Imphal Smart City Mission, development of western river front on Imphal river, an industrial training institute (ITI) and a 200-bed semi-permanent COVID-19 hospital, among others.

These projects are aimed at development of infrastructure and connectivity, skilling and employment of youth, renovation of places of historic and spiritual importance, and improvement of healthcare facilities.