Minutes after Union Home Minister Amit Shah introduced the Citizenship Amendment Bill, 2019 in Lok Sabha, five tyres were set on fire in the middle of Noonmati road in Guwahati.

About 10 protestors shouted, “CAB na manu” (we don’t accept CAB). It set the tone for the next few days which saw thousands turn out against the law, many held out posters emblazoned with the words “CAB na manu”.

All of Assam was up in flames. For two days, arterial roads connecting Dispur to Guwahati and the main highway to the airport connecting the entire region were blocked by groups of angry protestors who put up makeshift barriers.

“CAB will bring 40 lakh Bangladeshis to Assam putting our language and culture at the risk of extinction. We khilonjias (indigenous) will become a minority in our own land,” raged one protestor, who did not want to be named. Waving the traditional scarf gamusha like a national flag, he was joined by others shouting, “Joi ai Axom!” 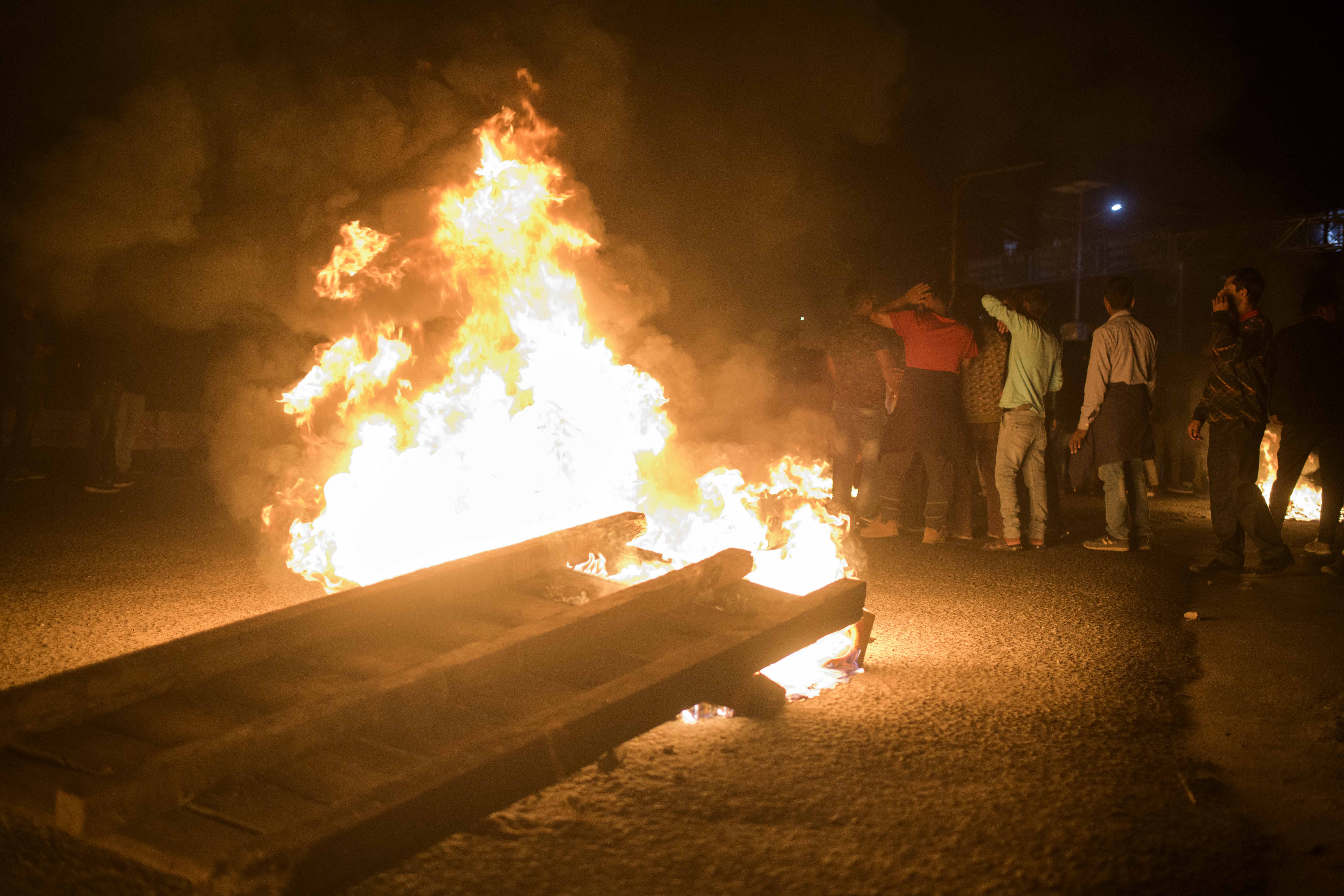 The amendment has evidently reopened old wounds and revived the politics of Assamese sub-nationalism something most observers thought was on the wane against the rising influence of the BJP’s Hindutva nationalism.

The new law will provide naturalised citizenship to non-Muslim religious minorities from Pakistan, Afghanistan and Bangladesh, who have been residing in India before December 31, 2014.

The greatest fear in Assam now, as well as in the rest of the Northeastern ‘seven sisters’ states, is the prospect of a large influx of Hindu Bengali migrants from Bangladesh.

The vast majority of the protestors on the street who spoke to The Federal confessed that they were staunch supporters of the BJP as recently as eight months ago when the general elections were held. The party, which won 9 out of the 14 parliament seats in Assam in May, is now staring at an uncertain future.

Tide turning against the BJP

In Assam, several leaders in the party have quit over its rigid stance on the bill and insensitivity towards their supporters in the Brahmaputra valley.

Assamese actor Jatin Bora, who joined the party in 2014 and became the chairperson of the Assam State Film Finance Development Corporation, told The Telegraph, “I thought that after the protests, the government would withdraw the bill. But instead, it was passed without accommodating any of our demands.”

In the face of the rising anger against the party, senior leaders of the BJP in the state have been maintaining a studied silence. Despite several attempts, BJP Assam state president, Ranjit Kumar Das, was not available for a comment. Other leaders, also, did not respond to calls or messages. 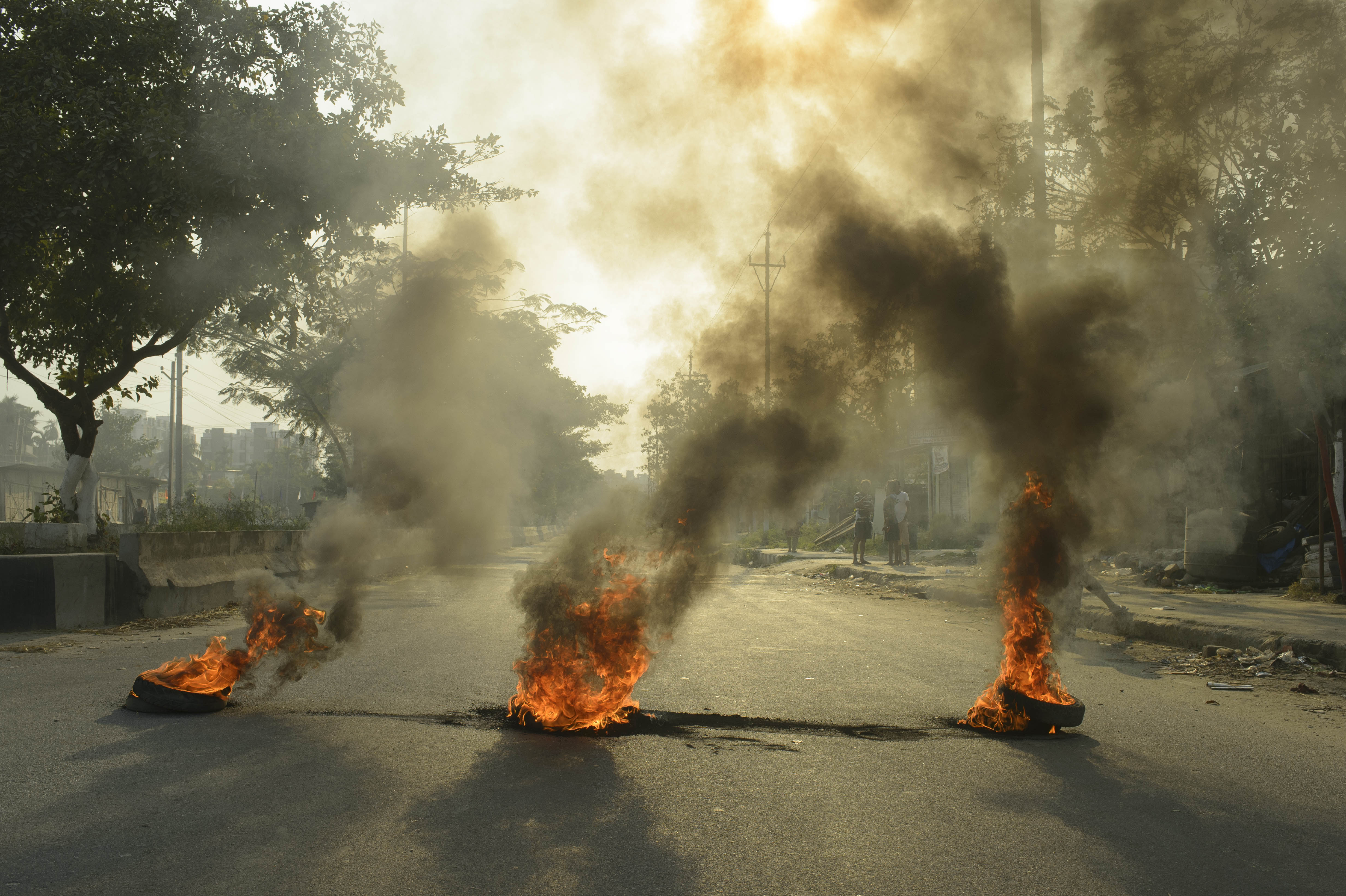 Bhudev Talukdar, a political science student in Pandu College, left the Akhil Bhartiya Vishwa Parishad (ABVP) where he was an active member for the last two years. Talukdar says that the promise of parivartan (change) was in the air when the party came to power in Assam in 2016.

“Initially, they had good leaders who understood the Assamese people but after a while I realised that they only care about vote bank. They don’t care what this bill will do to the Assamese,” he said.

He said there was pressure to become a right wing Hindu nationalist. “ABVP students had conducted a rally in support of CAB days before the bill was introduced. However, when the media asked them how this would be good for Assam, they had no clear answers,” says Talukdar, who was elected general secretary of his college on an ABVP ticket in September.

Rahul Bordoloi, general secretary of the student’s body of Cotton University, one of the oldest bastions of the Assam movement, said that the BJP had been heavily investing in student body elections in different colleges. “They tend to target students who are running for important posts. And if they win, they’ll declare the entire college to be a part of ABVP,” he told The Federal.

Bordoloi said that the ministry of human resources development and ministry of sports favour ABVP members to host college events and for internships.

The passage of the CAB, according to him, has become a major turning point for the Hindu nationalist party since most college students are a part of the All Assam Students Union (AASU). The AASU had led the anti-foreigner agitations of the 1970s and 80s. It is also a signatory of the Assam accord.

Bordoloi felt that the core Assamese sentiment has been awakened and the AASU will play a significant role in the state’s politics in the coming months. “I don’t think the BJP is coming back to power with these sentiments,” he said.

There are now clear signs that the agitation against the new citizenship law is consolidating mass opinion against the BJP. The movement appears geared toward unseating the saffron party in the 2021 assembly election. 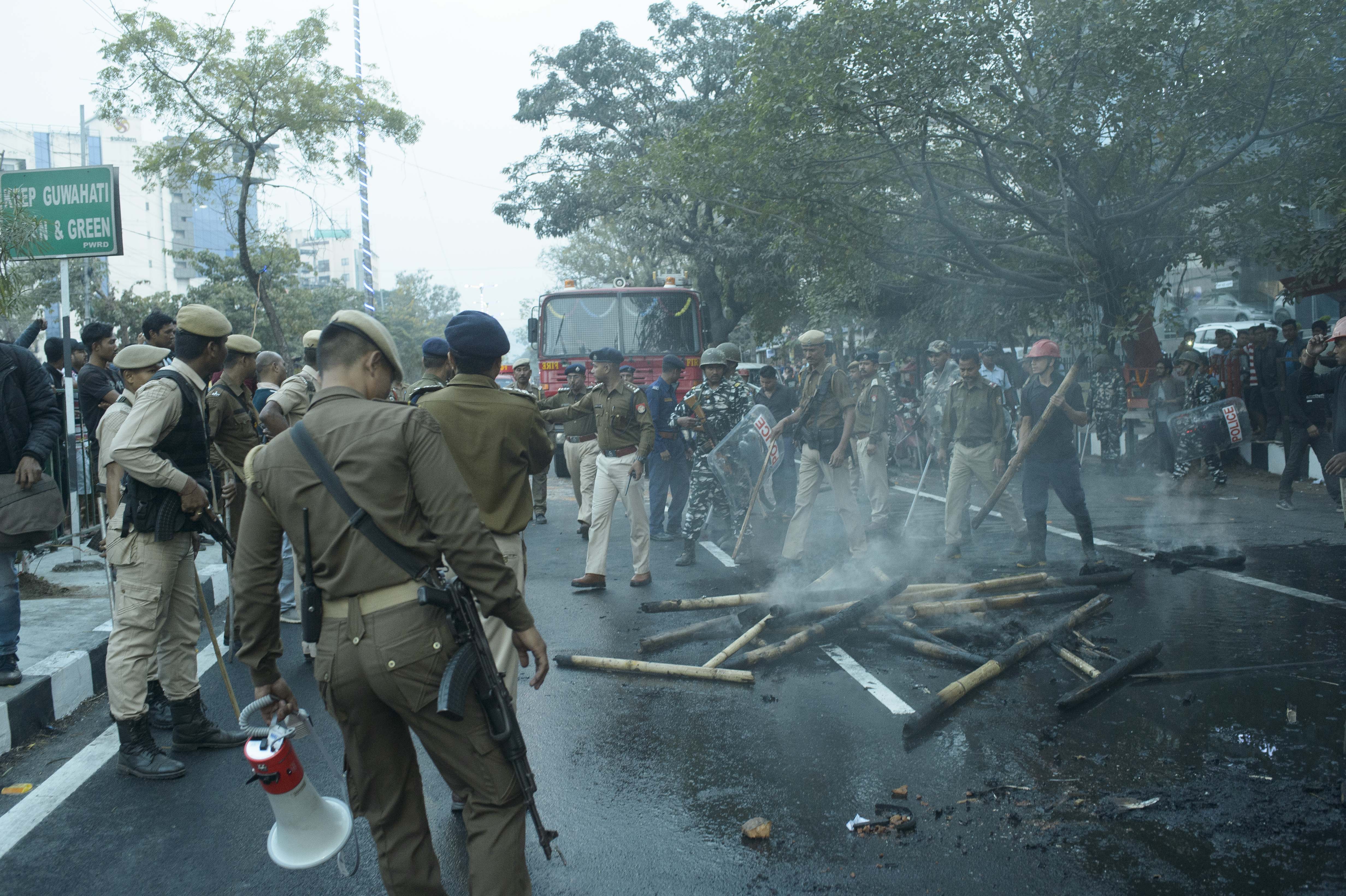 AASU’s general secretary, Lurinjyoti Gogoi, told The Federal that the student body had filed their public interest litigation against the citizenship law in the Supreme Court. “A mass satyagraha will be carried out in every district where our members will submit our memorandum opposing CAB to all the deputy commissioners. We will defy if curfew is imposed and are prepared for jail bharo (mass arrest),” he said.

Unlike Manipur, Nagaland and Meghalaya, civil society bodies in Assam have not used CAB as leverage to be brought under the Bengal Eastern Frontier Regulation, 1873. Until recently, only Mizoram, Arunachal Pradesh and Nagaland (barring Dimapur) came under the regulation where a non-native requires an ‘Inner Line Permit’ or ILP to enter and exit these protected tribal majority areas.

“We are asking for ILP for the entire Northeast, not just Assam,” Gogoi told The Federal. When reminded that student bodies in other states were mostly looking for their own state exemptions from CAB, Gogoi said, “Assam is like a big brother to the Northeast. We won’t leave anyone out”.

While the All Assam Minority Students Union (AAMSU) has shown its moral support for all AASU calls for bandh and protests, the student body primarily composed of Muslims from Lower Assam has been hosting its own hunger strikes and rallies to protest CAB. The non-Muslim majority communities have mostly stayed clear of the AAMSU’s platforms.

When we asked Azizur Rahman, the AAMSU’s chief advisor, about this distance between the two largest student organisations in Assam, he sought to downplay the issue.

“Now, since they are ‘big brother’ so they would naturally take the limelight. While our members do attend their organised events, we have formally never been invited,” he said. 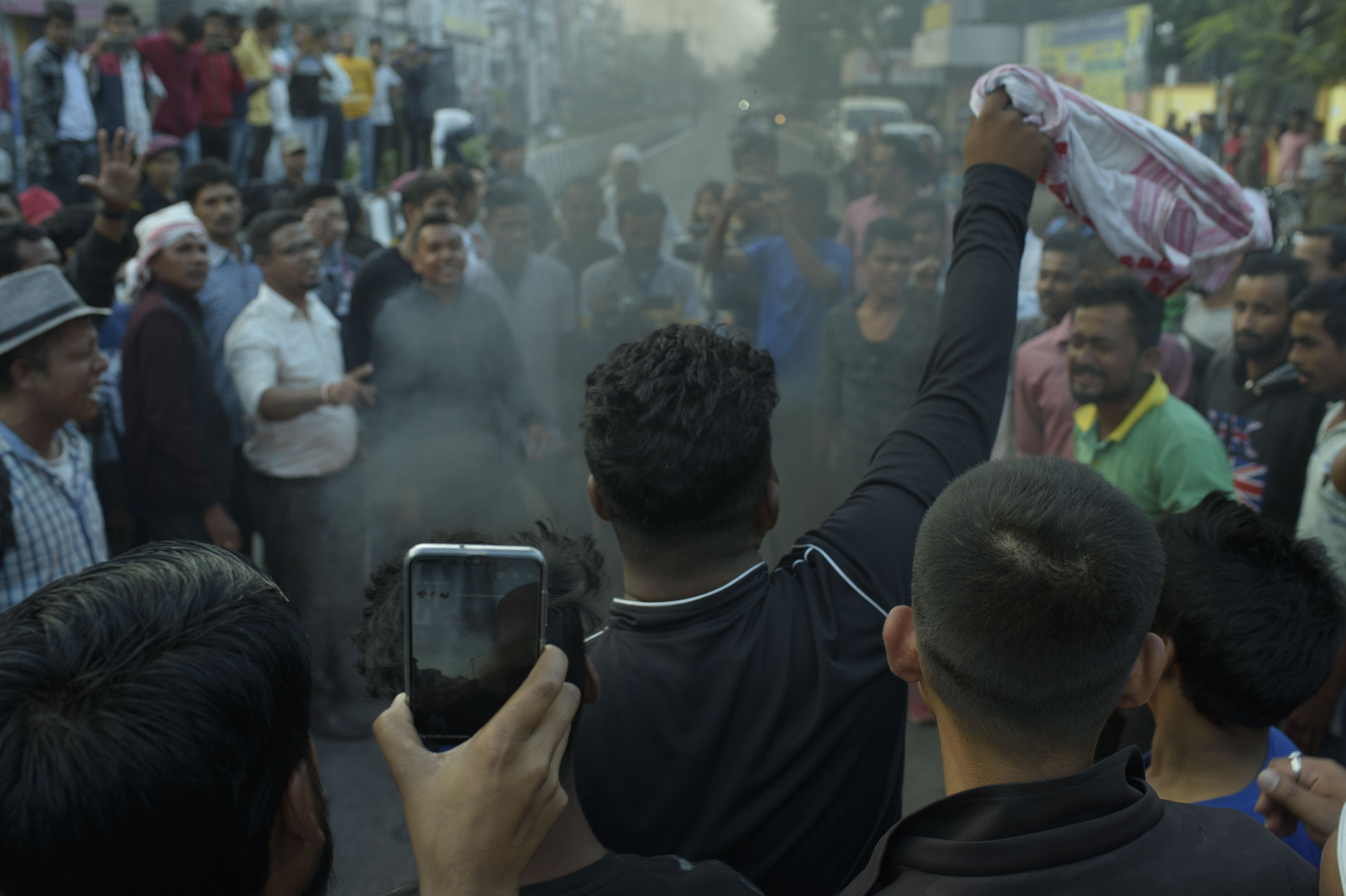 Rahman says that the BJP wants to create a Hindu-Muslim divide to distract the Assamese from the movement to protect their land and identity.

“Several incidents of physical assault and harassment of Muslim wage labourers from lower Assam are already being reported to us. It’s important that we stick together with all mainstream organisations because, in the end, we all want the same thing,” he told The Federal.

The agitations have put the BJP’s regional ally, the Asom Gana Parishad (AGP) in a tricky position.

The party has announced that it will move the Supreme Court against the Citizenship Amendment Act after their sole representative in Rajya Sabha, Birendra Prasad Baishya, voted in support of the bill.

In January, they walked out of the coalition with the BJP in Assam after the bill was passed in Lok Sabha. However, President Atul Bora brought the alliance back together before polls. AGP came away with not even a single seat in the general election. 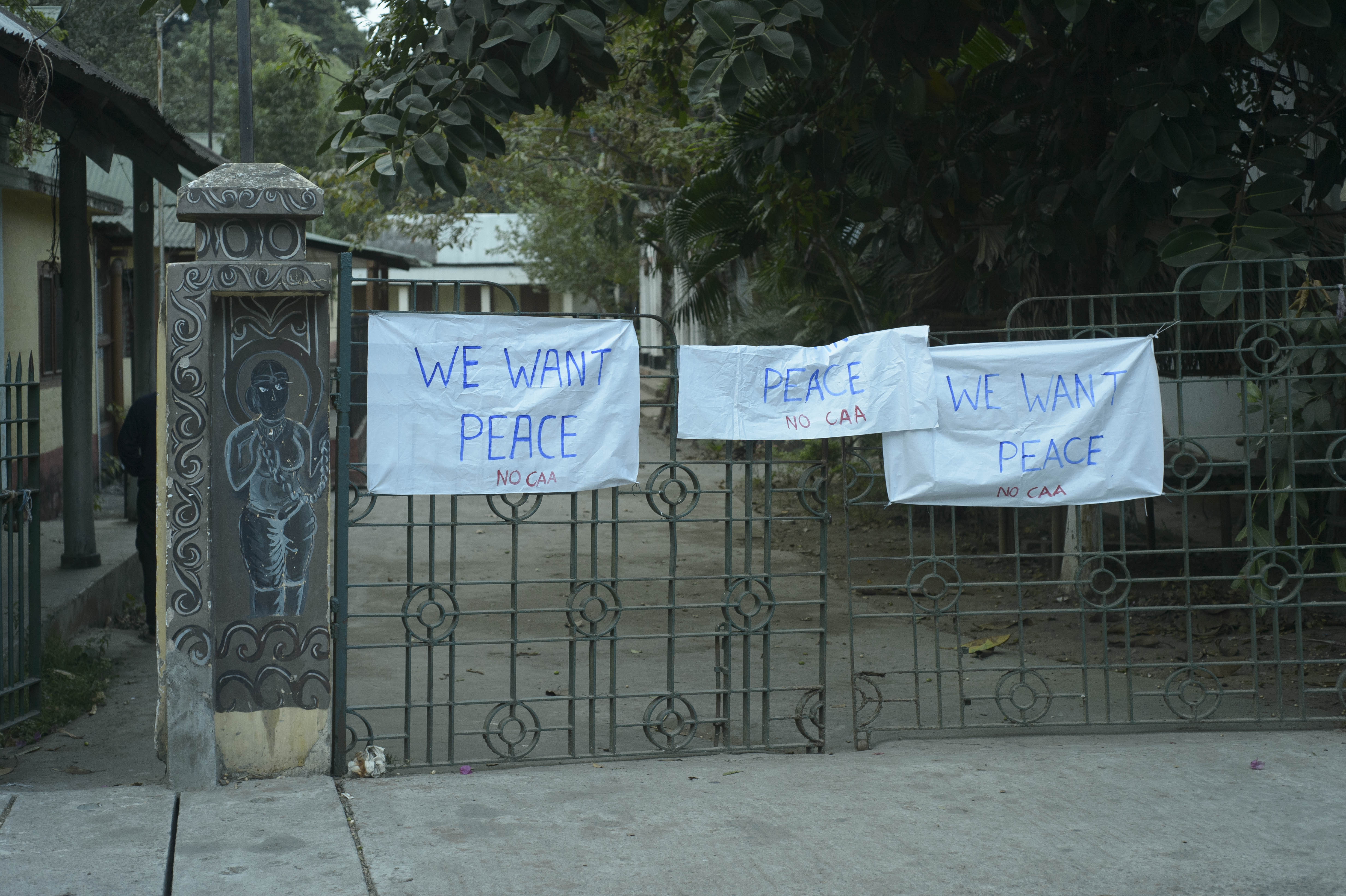 The founding president and former Chief Minister Prafulla K Mahanta is opposed to the bill whereas Atul Bora said that the will of the Centre cannot be stopped and that the party would fight for constitutional safeguards under Clause 6 of the Assam accord.

However, in a complete turnaround, the party called an emergency press conference on Sunday and announced that they were compelled to vote in favour of the citizenship bill as they were an NDA partner. As a course correction, Bora said that the party would take the legal route to exempt the Brahmaputra valley in Assam from the purview of the act.