BJP candidate Leishemba Sanajaoba won the lone Rajya Sabha seat in Manipur after two Congress legislators cross-voted and three of the seven turncoats of the Congress party, who are facing disqualification under the anti-defection law, were allowed to vote by the speaker.

Significantly, the seven were barred from entering the assembly by the Manipur High Court. The other four were disqualified.

The lone Trinamool Congress MLA Tongbram Robindro Singh who withdrew his support to the BJP-led coalition government, headed by Chief Minister N Biren Singh and joined the Congress, was also disqualified and barred from voting. 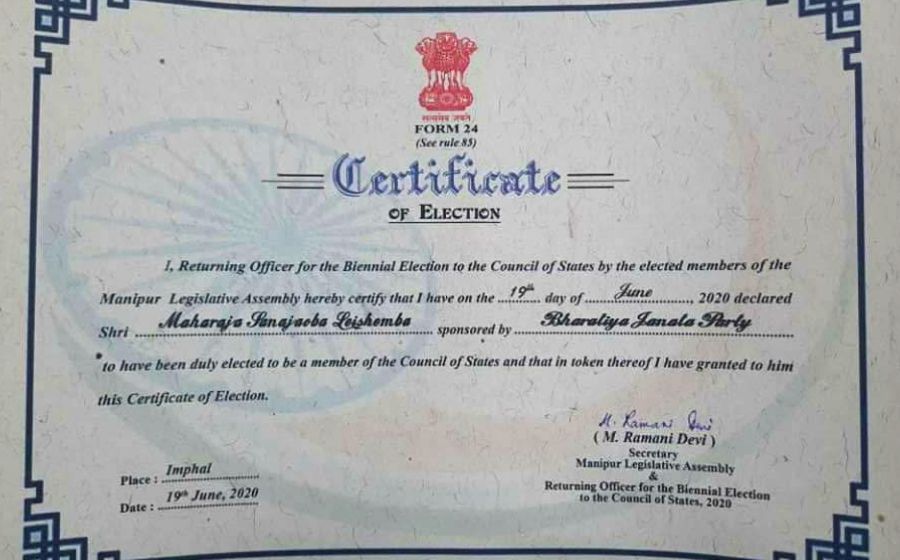 Another independent MLA who had withdrawn the support from Biren Singh government on Wednesday (June 17) abstained from the voting.

In the ultimate count, Sanajaoba, the titular king of the state, got 28 votes. Congress candidate Tongbram Mangibabu got 24 votes. The Congress, however, moved the Election Commission against the result. Robindro Singh also decided to move the court.

Due to the high drama, the announcement of the result was delayed until late evening though the voting was over by 4 pm. The polling started at 9 am maintaining COVID-19 safety protocols.