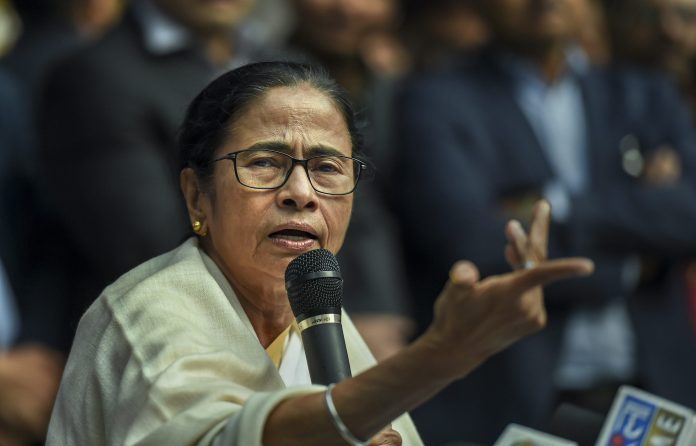 Accusing the BJP of violating the principles of the Constitution to form a “government at midnight in Maharashtra”, West Bengal Chief Minister Mamata Banerjee on Tuesday (November 26) said the Supreme Court verdict and Devendra Fadnavis’ resignation have shown that the Constitution cannot be subverted.

Fadnavis should not have taken the oath as chief minister of Maharashtra when he did not have the numbers, she said while speaking to reporters on the sidelines of a special session of the West Bengal Assembly to observe the Constitution Day.

Earlier in the day, the Supreme Court directed that Fadnavis has to prove his majority in the assembly on Wednesday. The BJP leader resigned from his post, three days after he was sworn in, saying he did not have majority.

She was alluding to the acclaimed book Freedom at Midnight by Larry Collins and Dominique Lapierre. It chronicles India’s journey to Independence and partition.

“Despite some unethical steps taken by some who are in power, there are checks and balances in the Constitution. Today, it is because of the Constitution that they (BJP government in Maharashtra) have been forced to resign,” she said.

“An individual howsoever powerful he may be, doesn’t matter; it is the people of this country who matter. We are grateful to BR Ambedkar. The Constitution will show us the way. Maharashtra has shown us the way,” the chief minister said.

Talking to reporters later, Banerjee said Fadnavis should have refrained from taking the oath when he did not have the numbers.

Earlier in the day, West Bengal Assembly Speaker Biman Banerjee said the resignation of Fadnavis reflects the “beauty of democracy” at a time when certain governors are trying to run parallel administrations.

“We have seen in recent times how certain governors have been trying to run parallel administration,” he said without naming anyone.

West Bengal Governor Jagdeep Dhankhar and the state government have been locked in a bitter exchange of words on a number of issues since he rushed to the Jadavpur University to “rescue” Union minister Babul Supriyo, who was heckled and manhandled by students.

A tussle had also erupted over the state government’s refusal to provide a helicopter to Dhankhar to travel to Farakka in Murshidabad district and Santiniketan in Birbhum recently.