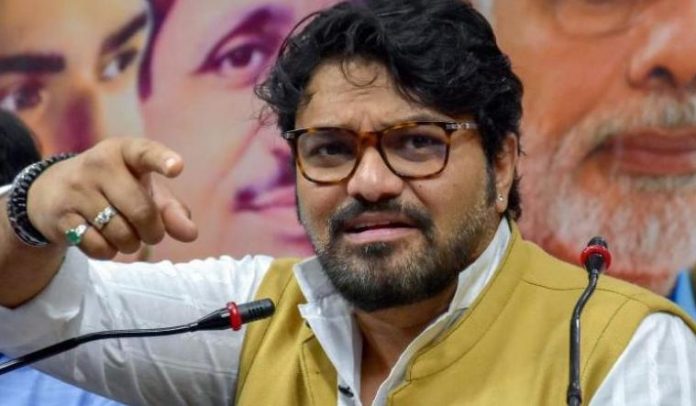 Babul Supiyo has hit back at the two prominent political leaders for their snide remarks on his resignation, which ranged from calling it a Dharmendra-like drama from the film 'Sholay’ to questioning his intent of resigning through a Facebook post. Pic: PTI

In his latest post, the BJP MP has hit back at the two prominent political leaders for their snide remarks on his resignation, which ranged from calling it a Dharmendra-like drama from the film ‘Sholay’ to questioning intent of resigning by posting on Facebook.

According to media reports, Supiyo shared screenshots of comments by Dilip Ghosh and Kunal Ghosh and wrote in Bangla that he had read them. But each was seeing and understanding it in their own way. They were either supporting or opposing it, and they were raising questions and asking.

“Some people are using language as per their choice. I accept it all, but I can respond with my work. Why do I have to be at the post of an MP or a Minister?”, he asked, reported India Today. He stressed that he did not require to be in politics to do social work.

Babul Supiyo, who was recently dropped as union minister in the recent cabinet reshuffle by Prime Minister Narendra Modi, urged people to give him some time.

He would now focus on his singing and shows and would have lots of time and so much positive energy would be saved since he would not have to deal with such comments every day, he wrote. The India Today report further said that Babul Supiyo added, “I can use this positive energy for good work.”

On Saturday (July 31), the Bollywood singer turned politician had announced his decision to quit politics in a Facebook post mostly in Bengali. “I am leaving…Alvida (farewell)”. But he clarified that he was not moving to any other party, emphasising that he was a “one-team player”, said a NDTV report.

BJP’s West Bengal unit president Dilip Ghosh had responded to his resignation at a press conference claiming that he had not seen Babul Supiyo’s Facebook post.

While TMC’s Kunal Ghosh reacted to Supiyo’s decision to quit politics by posting on social media that Lok Sabha is on and Speaker is sitting. Yet, Supiyo had not submitted his resignation and opting to do drama on Facebook.

Stating that Supiyo had no real desire to quit, he added, “like in Sholay where Dharmendra gets on to the tank and creates drama, Babul wants to divert attention. Actually, he used to sing but now he is doing drama.”

In his initial dramatic post on Facebook announcing his resignation Supiyo had reiterated that he was not switching over to any other party. “I am one team player! Have always supported one team Mohun Bagan. Have done only one party BJP. That’s it!” he wrote.

However, interestingly, Supiyo, who has been at crosshairs with the central BJP leadership, edited his post and just retained that after speaking to his father, mother, wife daughter and friends and understanding everything, he was “saying that I am leaving.”