The West Bengal unit of the Bharatiya Janata Party (BJP) on Wednesday (May 27) evening launched a statewide campaign “Aar noy Mamata (Not Mamata again),” in a direct attack on the state’s chief minister and Trinamool Congress (TMC) supremo.

The launch of the campaign coincided with the fourth anniversary of the incumbent government, marking nine consecutive years of the TMC rule led by Mamata Banerjee.

On this occasion, the saffron party also released a nine-point chargesheet highlighting the Mamata Banerjee government’s alleged failure in containing the spread of COVID-19 in the state and handling the cyclone Amphan crisis. 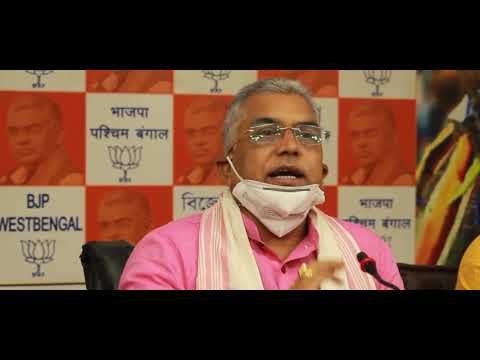 Even though the party had launched similar campaigns in the past targeting the TMC government, this is the first time, it made Banerjee the sole target of its mass outreach programme.

State BJP president Dilip Ghosh, while releasing the chargesheet, also accused Banerjee of being “anti-farmers and anti-Hindu refugees,” indicating that though his party of late was focusing more on core governance issues, it would simultaneously keep the NRC-CAA pot simmering.

Besides targeting the state government on its handling of Amphan and COVID-19, the chargesheet claimed that the dispensation had failed in maintaining law and order, ushering in economic progress, and creating a conducive atmosphere in educational institutions, among others.

A few months ago, the saffron party had launched a similar campaign, “Aar noy annay (no more injustice).”

Significantly, earlier, the infighting within the TMC over the government’s post-cyclone response came into the open with two senior ministers trading charges. Consumer Affairs Minister Sadhan Pande blamed the party-led Kolkata Municipal Corporation for the collapse of utility services in the city in the aftermath of the cyclone.

Pande even sought resignation of cabinet colleague and Chairman of Kolkata Municipal Corporation board of administrators, Firhad Hakim. “Anyone who fails to perform should resign from his post,” Pande said, launching a scathing attack on Hakim for not consulting senior leaders of the party.

Hitting back, Urban Development Minister Hakim said that Pande, instead of lecturing from home, should come to the corporation with an alternative plan.

BJP leaders claim that many ministers in the Mamata Banerjee government are in touch with them and would switch camps ahead of next year’s assembly elections.