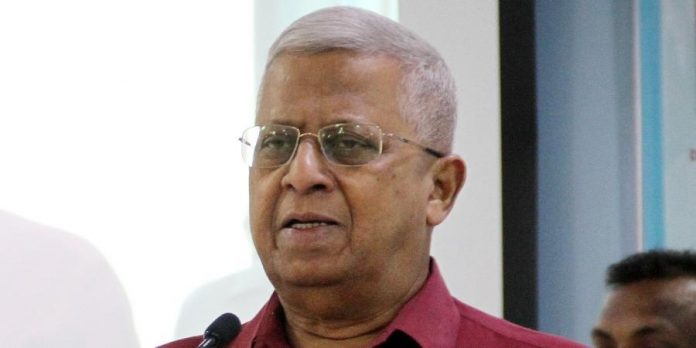 In a series of tweets, Tathagata Roy severely criticised Bengal BJP leaders for the defeat in the assembly polls. | PTI File Photo

BJP leader and former Tripura and Meghalaya governor Tathagata Roy has criticised senior West Bengal BJP leaders for the party’s defeat in the assembly polls, saying he now anticipates two exoduses from the state unit – first, of whose who came from Trinamool Congress, and the second, of old ‘karyakartas’ (workers).

In a sharp attack on the BJP’s Bengal leadership, he said these leaders “dragged the names of the prime minister and home minister through mud”.

In a separate post, Roy said he has been asked by the party’s top leadership to “come to Delhi as soon as possible”.

The “Kailash-Dilip-Shiv-Arvind (KDSA) foursome” sitting in West Bengal BJP headquarters gave party tickets to “incoming garbage from Trinamool”, he said, calling them “a substandard, uninspired, mercenary bunch of people with no political insight”.

Roy said “devout RSS workers” relentlessly working for the party since 1980s are now facing the “the worst persecution from Trinamoolis”, but the KDSA are just trying to draw comfort from having raised the BJP’s tally from three to 77.

Roy, who has been the Meghalaya and Tripura Governor, had on Tuesday called three new entrants to BJP from the entertainment world who were defeated by big margins as “politically stupid”. Parno Mitra (Baranagar), Srabanti Chatterjee (Behala West), Payel Sarkar (Behala East) “were so politically stupid that they had gone on a steamer trip with TMC’s playboy-politician Madan Mitra less than a month before elections and shot selfies with him. All were roundly defeated”, he said.