The India vs New Zealand World Cup semi-final match on Tuesday was called off on Tuesday after rain interrupted play in the 47th over of the first innings. The Kiwis will resume play from 46.1 overs at 3 PM (IST) on Wednesday and India will play their full innings.

In case, it again starts raining on Wednesday, the DLS method will be applied to have at least a 20-over game. If the match is abandoned on the reserve day as well, India will qualify to the finals for finishing at top of the table in the league stage.

However, the bad news is that weather forecasts predict worse weather conditions for Wednesday.

The Kiwis had won the toss and chose to bat first. They started slow with the early wickets of Martin Guptill and Henry Nicholls, and managed to score 211 runs in 46.1 overs at the loss of five.

Skipper Kane Williamson scored 67 off 95 balls before he was dismissed by Yuzvendra Chahal. Ross Taylor too scored 67 runs, maintaining a steady partnership with the skipper. Bhuvneshwar Kumar, Ravindra Jadeja, Jasprit Bumrah and Hardik Pandya picked one wicket each. 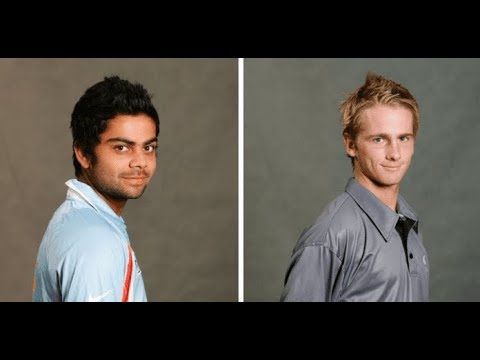 Also Read: What happens if India vs NZ semis clash is washed out?