Captain of Indian women’s cricket team in Tests and ODIs, Mithali Raj has announced her retirement from the Twenty20 internationals format, BCCI reported on Tuesday (September 3). The former T20Is skipper has led the team in 32 matches including three women’s T20 world cups (2012, 2014 and 2016).

Mithali holds the unique distinction of being the first Indian to record 2000 T20I runs. Her highest registered score is 2364 runs off 88 games, the most by an Indian woman cricketer in T20Is.

“I wish to retire from T20Is to focus my energies on readying myself for the 2021 One Day World Cup. It remains my dream to win a World Cup for my country,” BCCI quoted Mithali as saying through a tweet.

Mithali was also the captain of the Indian women’s team’s first-ever T20I played in Derby in 2006.

At 19, the middle-order batter emerged as one of India’s most capable batsmen with a staggering 214 against England in the final Test at Taunton. She now holds the second highest score in women’s Test cricket, after being surpassed by Kiran Baluch’s 242 against West Indies in March 2004.

May, 2008 saw Mithali leading India to their fourth successive Asia Cup title as she reached the 3000-run mark in the process. However, their defeat in the tour of England in the same year, made her lose the captaincy as India failed to win even a single game.

After reclaiming her position as the skipper for the 2012 England tour, Mithali took the top spot in the one-day batting rankings with 251 runs in the series but failed to prevent India from losing the series 2-3.

Well-known for her composure at the crease and ability to score briskly, Mithali is also a dangerous competitor. The right-handed batsman is also recognised for rolling her arm over bowling leg-spinners and providing variety to any attack. 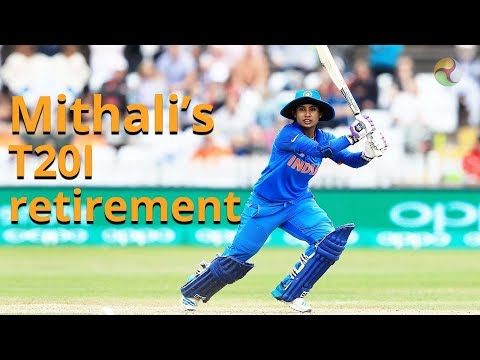