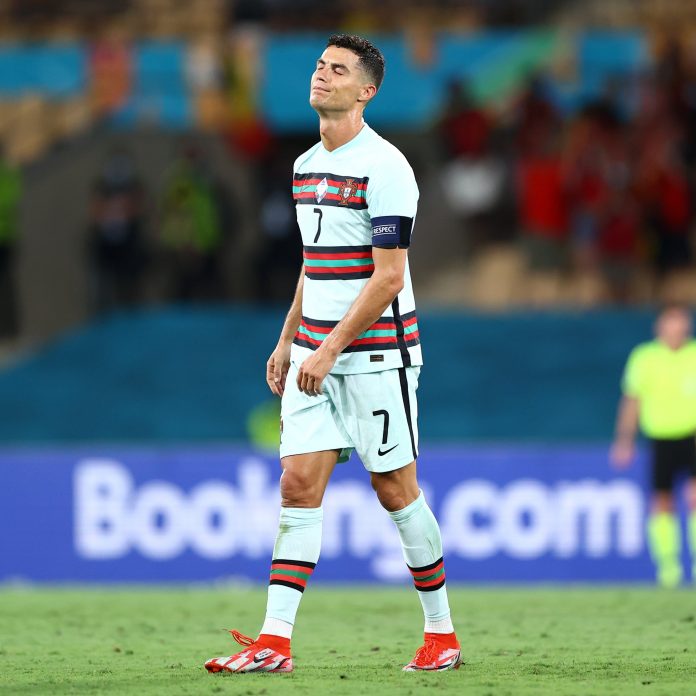 Belgium crushed defending champions Portugal’s dream to be back-to-back champions in Euro 2020 after defeating them 1-0. Cristiano Ronaldo wasn’t able to break the all-time international goals tally. Belgium’s Thorgan Hazard, Eden Hazard’s brother, gave the match its only goal at the 42nd minute with a stunning shot.

Loss or win, what Ronaldo does on and off the field becomes a talking point. (Ask Coca-Cola guys!)

So when the match ended, Cristiano Ronaldo had a quick word with his former Real Madrid teammate and Belgium goalkeeper Thibaut Courtois. In the video, shared by the official Twitter handle of UEFA Euro 2020, saw Cristiano told Courtois,” Lucky, eh? (The ball) didn’t want to get in today! Good luck man.”

Also read: Ronaldo’s red card on Coca-Cola may not be in the best interests of sport

All’s not well with Belgium

Even though the Borussia Dortmund winger, Thorgan Hazard, isn’t as universally celebrated as his brother Eden, the latter had once told that Thorgan had even more talent than him.
“In these games, if you have a chance you have to have a go,” said Thorgan. “It went in, with a bit of luck and it was the goal that got us through. It’s a dream for me,” he added.

Belgium will face Italy in the quarterfinals on July 2.

All about Hindenburg Research, the US firm th...

6:30 AM, 3 February, 2023 0
The financial research firm, which has now taken on one of the world’s richest men, has a track record of sending the stock prices of its targets tumbling. And, in the process, it makes money

US to send Ukraine longer-range bombs in late...