Former West Indies captain Darren Sammy has alleged that he was subjected to racist comments during his stint with Sunrisers Hyderabad in the Indian Premier League.

Sammy’s allegation came after his vociferous support to the Black Lives Matter campaign around the world after the killing of African-American George Floyd in the US.

“I just learnt what that kalu (black person) meant when I played for Sunrisers in the IPL. They call me and Perera by that name. I thought it meant strong Stallion. My previous post tells me something different and I’m angry,” Sammy wrote on his Instagram page on Saturday. 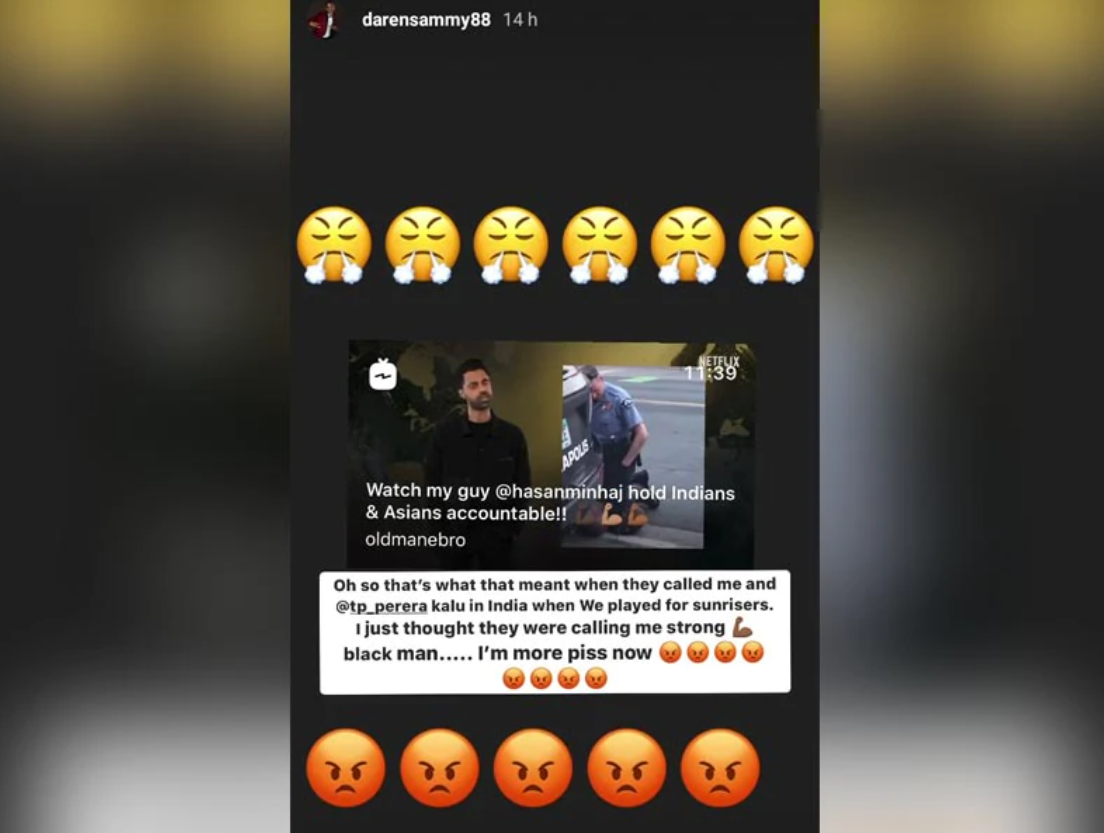 He did not say when exactly he faced these remarks and by whom.

He said that he faced rasicm along with Sri Lanka player Thisara Perera when they played for Sunrisers Hyderabad.

“Oh so that’s what that meant when they called me and @tp_perera kalu in India when we played for Sunrisers. I just thought they were calling me strong black man I’m more piss (sic) now,” he wrote.

Sammy has urged the ICC to take serious note of racism which exists in the gentleman’s game.

“@ICC and all the other boards are you guys not seeing whats happening to ppl like me? Are you not gonna speak against the social injustice against my kind. This is not only about America,” he had tweeted earlier. 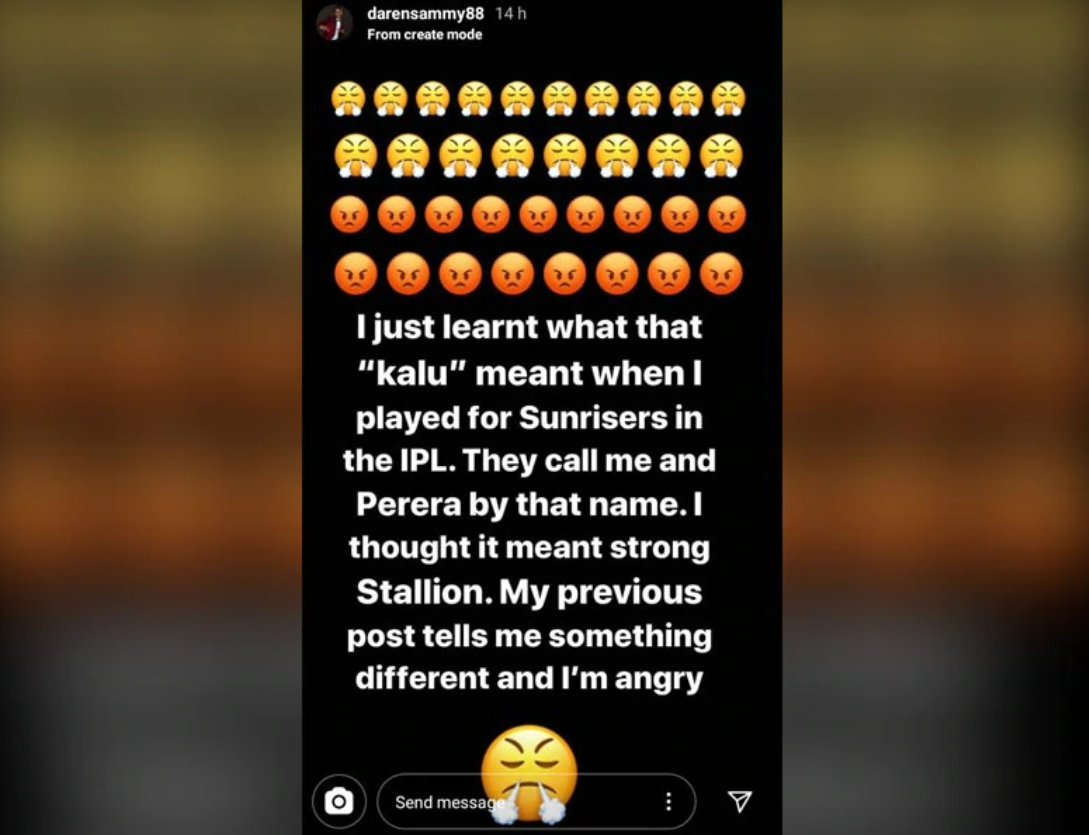 “For too long black people have suffered. I’m all the way in St Lucia and I’m frustrated If you see me as a teammate then you see #GeorgeFloyd Can you be part of the change by showing your support. #BlackLivesMatter,” read his earlier tweet.

The Black Lives Matter movement gathered steam in the US after Floyd, a 46-year-old African-American, died on May 25 in Minneapolis after a white police officer, Derek Chauvin, knelt on his neck for nearly nine minutes.