Having established a niche for himself in 2019, India’s star table tennis player, A Sharath Kamal has set his sights on the upcoming Tokyo Olympics.

Ranked 33 in the world, the 37-year-old veteran feels optimistic about the Indian men’s table tennis team.

“We did well in Canada and the rankings have improved. If we continue to be in form, there is a good chance for us to qualify for the Olympics as we are among the favourites,” Sharath told in an exclusive interview to The Federal. 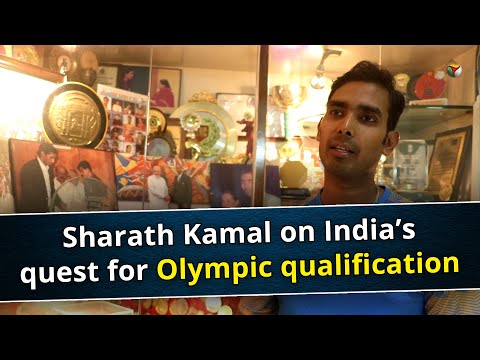 The national team climbed to the eighth position in the rankings released by the International Table Tennis Federation (ITTF), on December 3, their best-ever spot in the world.

In a first, if the Indian team emerges victorious at the qualifiers starting January 22, they will make it to the coveted international multi-sport event.

Out of the nine teams who will be competing at the prestigious quadrennial event, four have already qualified, and another fourteen are in the fray for the remaining five spots.

The Indians are pumped up and have already begun their training for the mixed doubles event which is another addition in the forthcoming Olympics. “The first training camp started on December 20 in Chennai,” said the experienced paddler.

Sharath said the strategy for the qualifiers and the player’s position will be decided after the second training camp in Germany, scheduled between January 12 and 20.

Under the tutelage of former national coach Massimo Costantini, India made rapid strides with historic performances at the 2018 Gold Coast Commonwealth Games and Jakarta Asian Games where the country ended a 60-year-wait for a medal in the game.

“The Commonwealth Games and Asian Games proved to be a morale booster for us,” said Sharath.

As a mark of recognition, the veteran table tennis champ was conferred with Arjuna Award in 2004 and the Padma Shri in 2019.  He has also been bagging laurels in the international circuit.

Adding to the country’s credit, 2019 also witnessed the emergence of young players like G Sathiyan and Manav Thakkar.

The 25-year-old Chennai paddler Sathiyan saw a meteoric rise when he became world no.30, surpassing Sharath. Meanwhile, the 19-year-old Manav bagged the world No.1 rank in the Under-21 category only to become the fourth Indian to achieve the feat.