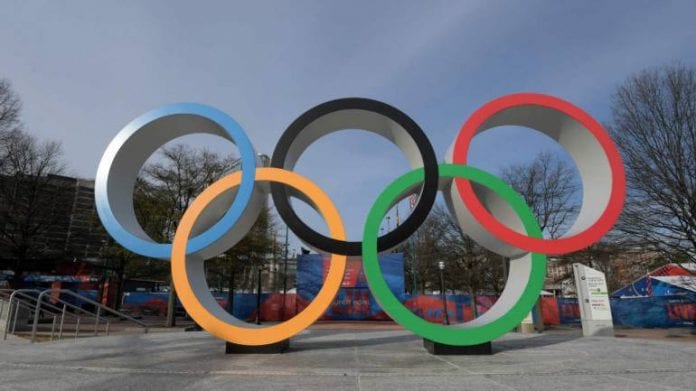 Their preparations hampered and designs of graduating to battle-readiness seriously compromised with several high-class competitions cancelled due to the pandemic, India’s beleaguered Olympics-bound contingent has received another unkind cut, this time from the Japanese authorities.

India is among 11 countries whose delegations will be subjected to stricter quarantine regulations upon arrival in Japan, ahead of the Tokyo Olympics starting July 23. The Indian Olympic Association has taken exception to what it calls ‘discriminatory and highly unfair’ strictures, but it’s unlikely to cut any ice with the host nation, which is just about recovering from a sweeping second wave that peaked towards the middle of January.

Already, strict protocols have been laid out for the more than 10,000-plus athletes who will descend upon Japan for the fortnight-long quadrennial extravaganza, delayed exactly by one year owing to the pandemic that crippled the world last summer. The additional restrictions on athletes from India and 10 other countries include a three-day isolation period on reaching Tokyo, when they cannot ‘physically interact with anyone from another team, delegation or country’, or train with any other team during that time-frame.

Also read: Olympics a few months away, but are Indian athletes prepared?

Among the blanket conditions in place is the provison that no athlete can enter the country more than five days before their event. India’s concerns are exacerbated by this conditionality. If they reach Tokyo five days prior to their discipline and three of them are spent in quarantine/isolation, it means they will be severely handicapped in reaching peak performance mode leading in to their event.

In a letter to the IOA, the Tokyo Organising Committee of the Olympic Games wrote, “Tokyo 2020 is working to define how athletes of your NOC as well as from 10 countries and all other 195 NOCs can stay safe in the Villages and have training. We hope to provide you with those information and discuss together as soon as possible we develop it.” That would seem to indicate the organisers intend to provide training facilities to the 11 Group I countries, India included, who are on their so-called ‘red list’, if you like”.

On-site training just before their event is just one of several obstacles in the way of adequate preparedness as India dare to eye their biggest medal haul at an Olympic Games. In an ideal world, most of those who have met the qualification criterion would already have hit competition-phase, fine-tuning their craft honed at practice in real-time match-play, a crucial recipe for success in a setting like the Olympics, where the best in the world put country ahead of individual ambitions and even the most successful professional sportspersons leave no stone unturned in their quest for the magical yellow metal.

As things stand now, India’s Olympics squad is required to return negative RT-PCR tests for seven days in a row immediately prior to their departure to the Japanese capital. India’s contention is that this, apart from the fact that the entire team would have received both its doses of vaccine, should be enough for them not to be subjected to the kind of restrictions the authorities have outlined. There is also confusion on whether, during the quarantine period, athletes will have access to their mandatory dietary requirements, another must in their drive to give their best at an event for which they have prepared for the last four (in this instance five) years.

IOA chief Narinder Batra has written to the organisers seeking to know the status of those Indian athletes who are currently training overseas, and will fly to Tokyo directly without returning to Indian shores. Among those who are already abroad are genuine medal contenders like the shooting contingent, wrestlers Bajrang Punia and Vinesh Phogat, javelin thrower Neeraj Chopra and weightlifter Mirabai Chanu. Even if they are waived mandatory quarantine because they would have been out of India for at least a month before landing in Japan, those training back in India constitute the bigger majority and include the men‘s and women‘s hockey teams, boxers, track and field athletes and rowers, among others.

It’s not difficult to see why Japan is being cautious bordering on the paranoid. While they were spared early heartache despite desisting from a strict lockdown last year, the Japanese populace has been seriously impacted in the last few months, with a state of emergency imposed in different parts of the country this April, which was only recently lifted. Tokyo and nine other regions are in a state of quasi-emergency till July 11.

Only on June 21, Japan announced that a maximum of 10,000 spectators would be allowed at each venue, a number that could drop significantly depending on the ground reality closer to the Games and if more anti-infection measures need to be put in place. The overall level of apprehension, if not outright dread, is tangible in one of the most developed and inclusive countries in the world, where a majority of the population is against the staging of the Olympics but has reconciled to the reality that they have no say in the matter.

That said, it is far from fair for participants from India and the other 10 countries to be denied a level-playing field despite adhering to strict and stringent protocols in their respective homelands. The Olympics are as much a coming together of peoples as it is a quest for excellence and a pursuit of ultimate glory. At a time when the International Olympic Committee fields a Refugee team to offer opportunities to those denied the same due to internecine problems in their countries, and when it repeatedly pledges its commitment to equality and non-discrimination, it is little short of ironic that a tiny fraction of the overall travelling component is treated as less equal.

There is no straightforward solution to a vexatious issue where there is no right or wrong. It’s up to the leaders of the IOA, the most high-profile of the 11 affected associations, and the organisers to find a mutually acceptable middle path so that the ideals of Baron Pierre de Coubertin are upheld without cutting corners.