The song, titled titled ‘Cheer4India: Hindustani Way’ is composed by Grammy award winner A R Rahman who has collaborated with singer Ananya Birla to present it at the upcoming mega-sporting event. 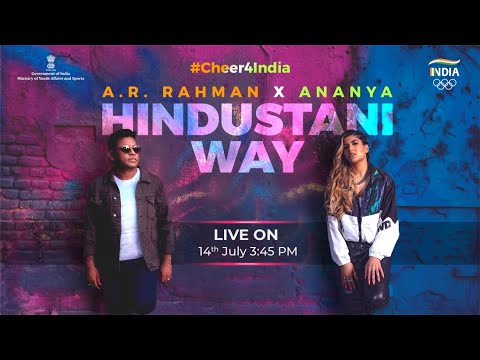 “I urge all my countrymen to listen to the song, share it with fellow citizens and also cheer for the entire Indian contingent for the Tokyo Olympics to show that we are behind them,” Thakur said.

He further gave his thanks to Rahman and Ananya for making the song in the trying times of COVID-19 pandemic.

Indian Olympic Association President, Narinder Batra, said the launch of the official cheer song was a result of all the hard work done by all stakeholders in the past year-and-a-half.