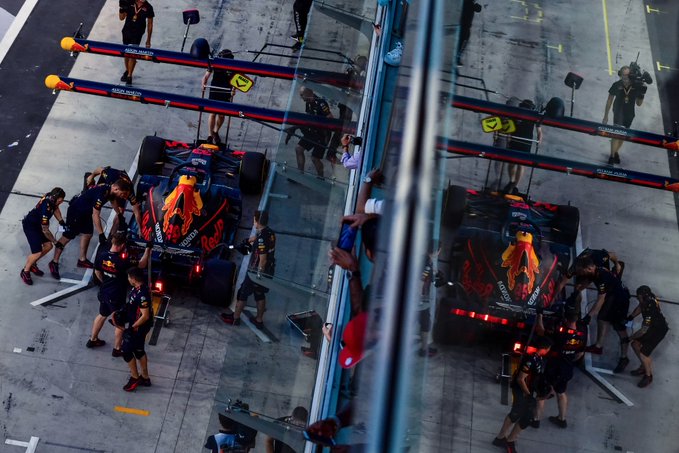 Max Verstappen topped the times for Red Bull ahead of both Mercedes in Saturday’s closely-contested third and final practice for Sunday’s Abu Dhabi Grand Prix.

The top three were separated by less than a tenth of a second at the Yas Marina circuit where the Dutchman clocked the best lap in one minute and 36.566 seconds, 0.074 seconds ahead of Lewis Hamilton in the leading Mercedes.

The six-time champions Mercedes team-mate Valtteri Bottas, who is set to start from the back of the grid after taking another new power unit overnight, was third ahead of Alex Albon in the second Red Bull.

The Ferraris of Sebastian Vettel and Charles Leclerc were fifth and sixth running on medium tyres to set their times ahead of Racing Points Sergio Perez, Renaults Daniel Ricciardo, Carlos Sainz of McLaren and Pierre Gasly of Toro Rosso.

At the other end of the lap-times, Williams George Russell outpaced his team-mate Robert Kubica to confirm his recovery from illness, rising to 19th as the former champions continued to fill the back row of the provisional grid.

Bottas, who had taken a fresh engine on Friday, had another new one fitted because of reliability fears after problems were detected following an opening practice.

“I still want to fight for the pole, even though I would not keep it. That would be good fun and with a fresh engine as well, but the main focus just has to be the race pace because we know were going to start from the back,” he said.

In another overnight development, it was confirmed that Mercedes test and reserve driver Esteban Ocon has been barred from the teams garage. He will race for Renault next year as a successor to Nico Hulkenberg alongside Daniel Ricciardo and is set to test for the next week in the post-season event in Abu Dhabi.

The highly-rated 23-year-old Frenchman explained why he was absent from Mercedes garage.

“Technically, I do not have that right, but we are discussing and I have been able to fit my seat, prepare myself a little and go in the simulator. That’s why I do not have the right to be in the (Mercedes) garage this weekend. We are preparing to test next week and I’m lucky to have two days, which is rare. Even Daniel (Ricciardo) did not have this chance last year, so its going to be a good preparation for next season,” he said.