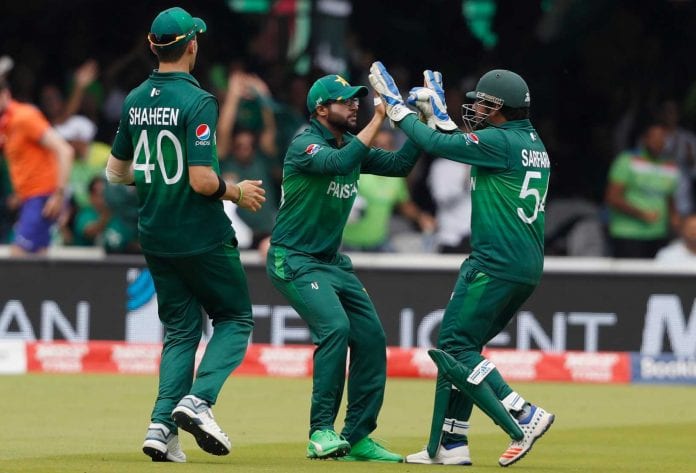 The Proteas crashed out of the ICC World Cup as Pakistan kept their dreams of making it to the semi-finals alive by clinching an outstanding 49 run win on Sunday.

It has been a difficult season for both the teams. Neither Pakistan nor South Africa performed up to their potential. Given their past records in the tournament, this match was already being touted as a ‘do-or-die’ and it wasn’t anything less.

Pakistan’s recent defeat to India might have motivated the team to perform better and not repeat their mistakes. Unlike their match against India, the 1992 World Cup champions chose to bat first this time, and their lineup did not let the team down.

Following Imam’s dismissal for 44 runs, Mohammad Hafeez came in but could only put up a 17 run partnership before he was declared LBW out. Pakistan was now 143/3. Next came Babar Azam and that turned the situation around.

By the end of 36 overs, Pakistan was at 191/3. Babar completed his half-century before he was caught by Lungi Ngidi and he had to depart with 69 runs. However, his dismissal did not slow down the score inflow.

Now, Haris Sohail took charge and completed his half-century by the 43rd over while Pakistan now stood at 242/4. Next dismissal was that of Imad, who was caught by JP Duminy in the 47th over, while Pakistan stood at 295 runs.

With only two overs remaining and plenty of wickets in hand, the Pakistani team started taking risks. They lost their sixth wicket of Wahab Riaz at 304 runs. Haris followed Wahab and thus came an end to his 89 run innings.

By the end of first innings, Pakistan was able to put up a total of 308 runs at the loss of seven wickets.

Batting second, South Africa started off with a disappointing dismissal of Hashim Amla, who departed for only 2 runs. Not satisfied with the on-field call, Mohammad Amir had gone for a successful review which clearly showed Amla was trapped leg before.

Quinton de Kock and skipper Faf du Plessis tried to turn things around in their favour with a 87 run partnership, but they soon fell at 47 and 63 runs respectively. Aiden Markram failed to make any impact either.

For the fifth wicket, Rassie van der Dussen and David Miller put up a 53 run partnership. Dussen got dismissed while trying to hit Shadab Khan against the turn. David Miller, who was already dropped once by Mohammad Amir, got bowled out by Shaheen Afridi only to further dampen South Africa’s victory chances.

Worthy knock but in vain

Andile Phelukwayo put up 46 runs off 32 balls with six boundaries, but that wasn’t enough to carry forward his team to victory. The required run rate climbed up too high for South Africa and they ended up conceding defeat to Pakistan by 49 runs.

It was undoubtedly Pakistan’s day as South Africa never looked like they were in the game. With this victory, Pakistan has kept its hopes of making it to the semi-finals alive, but is required to play exceptionally well and win all their upcoming matches — against New Zealand, Afghanistan and Bangladesh.

Pakistan now stands at the seventh position with 5 points.

China is major supplier of armed drones to 11 countries including Pa...