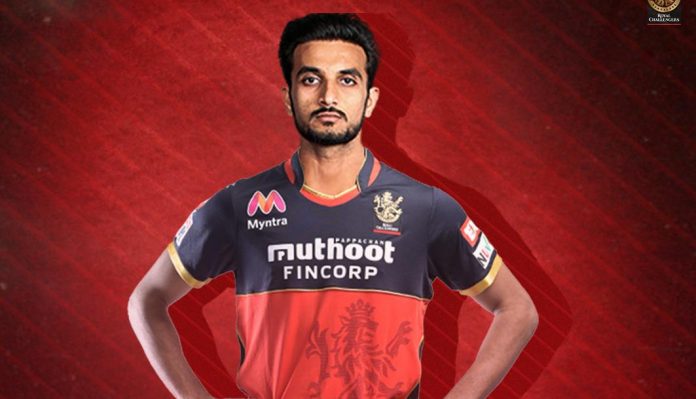 During the RCB camp prior to the start of the IPL, Harshal Patel was informed of his role for the season — a death-overs specialist because of his mastery of different variants of the slower delivery.

Kagiso Rabada. Imran Tahir. Andrew Tye. Bhuvneshwar Kumar. It’s this set of bowlers that has owned the Purple Cap for being the highest wicket-taker over the last five years of the Indian Premier League (IPL). Tye apart, each of them has nearly 150 international appearances across formats. Even the Australian, considered a limited-overs specialist, has represented his country 35 times.

Now, sample these names. Harshal Patel. Rahul Chahar. Avesh Khan, Chetan Sakariya. Arshdeep Singh. Between them, this quintet has three international caps, all earned by leg-spinner Chahar. And, yet, it is this unlikely bunch that is making the early waves in IPL 2021. These five are among the top seven wicket-takers this season, the tournament only a fifth of the way through with each of the eight franchises having played three games apiece.

Theirs haven’t been accidental, one-off successes. Over the three matches, they have showcased an attitude and a nous that would have done more established and pedigreed players proud. And while it’s true that conditions, especially in Chennai, have been to their liking, it is to their credit that they have exploited the assistance superbly and with maturity, aware of their strengths but equally mindful of their limitations.

Harshal sits at the top of the chart with nine sticks, bolstered by his maiden five-for in Royal Challengers Bangalore’s opening-night defeat of Mumbai Indians. At 30, he is no stranger to the big league; 64 first-class games have fetched him 226 wickets, and he has nearly 200 further victims in the two limited-overs versions. He is an IPL veteran, having played previously for Delhi Daredevils and Delhi Capitals, and isn’t as much of an unknown commodity as, say, Sakariya, who is cutting his teeth in the toughest global T20 league.

That Patel, and the rest in this grouping, have been able to not just hold their own but also stamp their authority is a tribute to both their skill-sets and the increasing faith franchises have started to show in home-grown talent. During the RCB camp prior to the start of the IPL, Patel was informed of his role for the season — a death-overs specialist because of his mastery of different variants of the slower delivery. That the team-management, among them Indian captain Virat Kohli, backed him at the expense of Navdeep Saini, the India international warming the bench, must have come as a shot in the arm for Patel, who has gone about justifying the faith in spectacular fashion.

Three games have fetched him nine wickets at the astonishing economy of 5.75 from his full complement of 12 overs. Those are fabulous returns, any which way you look at it. Agreed, they have come entirely at the MA Chidambaram Stadium, where Patel’s bag of tricks have gained greater potency on sluggish, slow-paced tracks which discourage frenetic stroke-making. But that takes little away from his control and mastery over his craft, honed for years on the domestic circuit as well as during his time with the Delhi franchise, whose home base — the Ferozeshah Kotla — threw up similar conditions.

Patel’s track record indicates he hasn’t caught rival teams unawares because of their lack of familiarity with what he brings to the table. In a time when data is a click of the mouse away and backroom staff are armed with every little nugget of information about each member of the opposition, there are no secrets and very little that can take them by surprise. Sakariya might be in his first IPL, but that doesn’t mean the rest of the competition doesn’t know of his changes of pace or the types of slower deliveries he can muster. And yet, if the 23-year-old from Saurashtra is able to make significant inroads, it speaks to his self-confidence as well as the support he has received from the decision-makers within the team.

It is in the spreading of talent-riches that successes of franchise lie. Mumbai Indians aren’t five-time champions because they have relied on four or five players to do the job for them. They genuinely hunt for match-winners, and are willing to give them a long rope during the acclimatisation period because of their conviction that a stable, positive environment is essential to put the players in the best possible mind-space. A few franchises have been less forgiving, chopping and changing impatiently and searching for impossible quick-fixes to long-term, sustained success. No wonder they are still seeking their maiden title.

The usual suspects have had their moments, let’s not forget that. Senior Kiwi swing exponent Trent Boult is joint third on the wickets chart, with six scalps and an economy of 7.80; others like Jasprit Bumrah and Rashid Khan might not have had the same penetration because teams are determined not to give them wickets, but their economy rates of 5.66 and 5.33 respectively have been instrumental in their bowling colleagues reaping the rewards.

But it is the lesser-known Indian bowlers who have stolen the show. They have been forced to embrace versatility to stay relevant in T20 cricket, and several of them have actually evolved as cricketers in the era of the 20-over slam-bang. Bowlers, especially, have been forced to reinvent their craft over the last decade or so; no longer are one or two change-ups sufficient. To be successful in 20-over cricket, and by extension the IPL, they are forced to look for newer avenues to get one up on batsmen emboldened by small boundaries, excellent bats and a majority of the rules stacked in their favour. India’s young guns, brought up on a reasonably steady diet of the T20 format, have worked diligently to make sure they aren’t left behind, their work in the off-season landing them the shimmering spotlight that only the IPL can provide.

Just how much they build on these early gains as the tournament gathers pace will offer a glimpse into the mettle these unsung heroes possess. Well begun is only half done, but would you have it any other way?