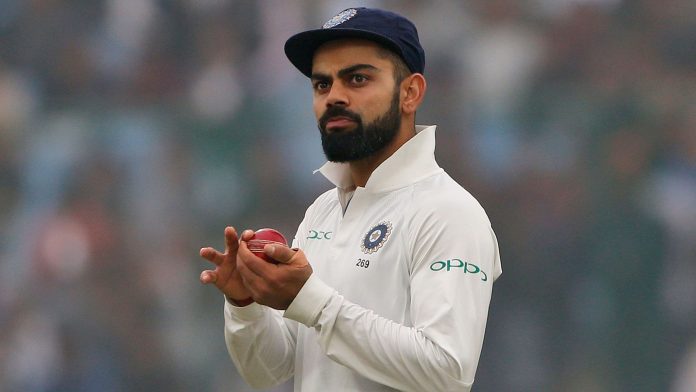 A day after India lost the Test series in South Africa 1-2, Virat Kohli on Saturday (January 15) declared that he will give up the captaincy of India’s Test team.

Kohli had stepped down as captain of India’s T20I team after the team’s poor show in the recent T20 World Cup. Just a few days before the South Africa tour began, the BCCI sacked him as the ODI skipper as well.

Kohli took to Twitter to announce his latest decision. His strained relations with the BCCI and its chairman Sourav Ganguly in particular, over giving up T20I captaincy, meant that the talented batsman would not have had it easy continuing as captain of the Test team anyway.

A strong India team reached South Africa as clear favourites to win the first-ever Test series in the Rainbow Nation with the Proteas struggling to get their act together in the absence of big names. But the inexperienced team under captain Dean Elgar brought the mighty Indians to their knees with consistent performances under pressure. Kohli now is the only Indian captain to lose successive Test series in South Africa.

Also read: Kohli can’t be a role model: Gambhir on his reaction to Elgar’s DRS

In December, just before the team was to leave for South Africa, Kohli made a startling claim, saying he was sacked as the ODI captain 90 minutes before the team’s selection for the tour to South Africa. The BCCI, however, rubbished his claim, stating that Kohli was in the loop on the captaincy issue.

When asked about him quitting the T20 captaincy, Kohli had said: “When I communicated with the BCCI first about quitting the T20I captaincy, I told them that this is my point of view, these are the reasons for my decision. It was received quite well. No one took offence, no one had any hesitation. No one told me that I should not leave the T20I captaincy.” BCCI chief Sourav Ganguly countered his claim saying the board did talk to him (Kohli) over reconsidering his decision to quit T20I captaincy.

On Saturday (January 15), Kohli sounded philosophical as he announced his decision to quit. “Everything has to come to a halt at some stage and for me as Test Captain of India, it’s now.”

“There have been many ups and also some downs along the journey, but never has there been a lack of effort or lack of belief. I have always believed in giving my 120 percent in everything I do, and if I can’t do that, I know it’s not the right thing to do. I have absolute clarity in my heart and I cannot be dishonest to my team,” he wrote.

“I want to thank the BCCI for giving me the opportunity to lead my country for such a long period of time and more importantly to all the teammates who bought into the vision I had for the team from day one and never gave up in any situation. You guys have made this journey so memorable and beautiful. To Ravi Bhai and the support group who were the engine behind this vehicle that moved us upwards in Test Cricket consistently, you all have played a massive role in bringing this vision to life. Lastly, a big thank you to MS Dhoni who believed in me as a captain and found me to be an able individual who could take Indian Cricket forward.”